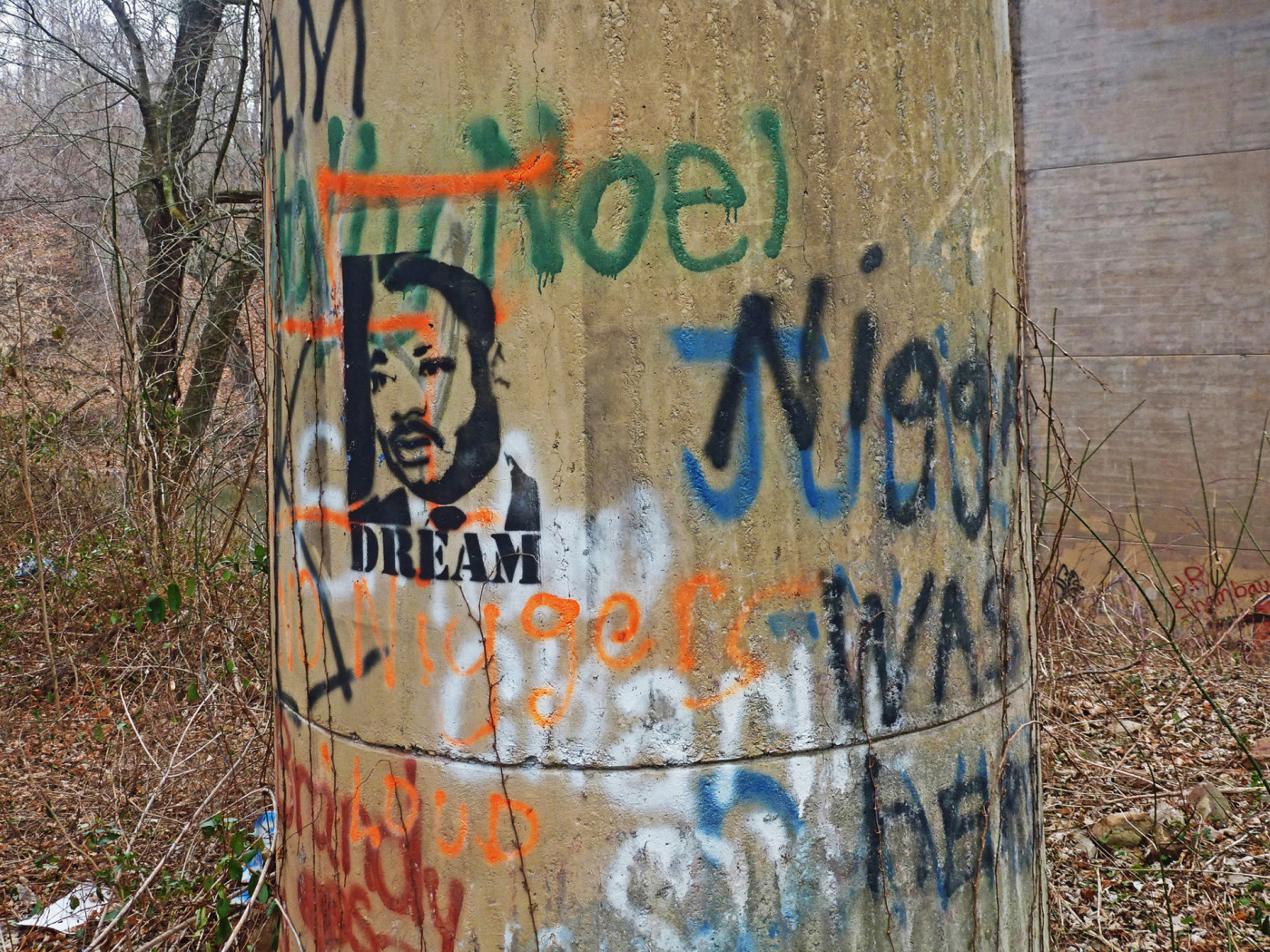 I try to capture images expressing transition--a wrinkled hand that soothes a crying baby, a leap out of danger from waves crashing against rock, the taste of summer's first apricots on the tongue, a counter-protester being embraced by protesters.  When I saw this pillar, it was awestruck because people who, like me, drove down to the edge of the Cacapon River chose this pillar on which to make a statement. And it wasn't a simple point, counterpoint.  There was a real back and forth between those who considered Martin Luther King their hero, remembering "I have a dream," and those who looked hatefully toward them, claiming "Niggars was here," who even decorated their response with a yellow swastika.  Since I took this photo, racism has become even more palpable nearly everywhere. Punches are no longer pulled. Wherever we can, it's essential to use our words and images to document the emergence of racism as well as efforts to be inclusive and mutually accepting.


Jim Ross jumped into creative pursuits in 2015 after leaving a rewarding career in public health research. Since retiring he's published nonfiction, poetry, and photography in nearly 150 journals and anthologies on four continents. Publications include Cheat River Review, Columbia Journal, Ilanot Review, Lunch Ticket, MAKE, The Atlantic, The Manchester Review, and Typehouse. Recent photo essays include Barren, Kestrel, Litro, New World Writing, So It Goes, and Wordpeace. A nonfiction piece led to a role in an upcoming documentary limited series. Jim and his wife—parents of two health professionals on the front lines and grandparents of five preschoolers—split their time between Maryland and West Virginia.