Why the Government Should Not Step In to Save the Shearwater Fledgelings when on their First Flight to Sea, Confused by Friday Night Lights, They Fall from the Sky

In autumn, at the Kauai High stadium

when Friday night lights turn on the skies

and the island sons, strapped in gear,

test their bodies against boundaries

of other bodies, till they break through

to the sweaty victories, the fledglings

of the shearwater fall, as they attempt

to the open sea, their swindled brains aswim

with false lights. The quick-eyed children

flock to the sidelines to fetch the birds

They know the drill, are careful to approach

slowly from behind so the feathered neophytes

do not scare, and wrap each ruffled bundle

in a clean towel, cradling it in arm, where

it rests, soft as a moccasin. Why such

dream their sons too will fly this rock,

touch down on the mainland’s shore,

an island son made good, so every aunt

and uncle back home huddled round

the TV at holiday, can celebrate and shout,

as if his triumph were their own, “My Boy!”

Up the stone steps, past the Pool of Yearning

where pilgrims whose desire has no object

we have walked this morning, poets on

break from workshop, spurred not

by piousness but news—of an animal,

a snapping turtle, female, who has stopped

on the gravel pathway to the Sanctuary to nest.

She is far from the lake of the long shore,

a ten-minutes’ walk by human strides,

and has chosen this well-traveled path

to lay her precious clutch. We watch and whisper.

Somehow, we know to whisper,

in this secluded grove where we find

ourselves turned out of doors, intruders

and witnesses both. She’s pitched

the Sanctuary, like a supplicant, and in her hours-

long preparation of the nest enacts a ritual

coeval with the poetry of earth wherein

all ceremony discovers the basis of its patterns

and sacred cadences. However she came

to choose this spot, once she’s covered her

frangible parcel in the incubating earth,

she will not return. And we each feel

the peril and privilege of her implicit

trust, leaving as she does her hatchings’ fate,

not in the hands, but to the feet, of pilgrims

of this wooded sanctuary, at the entrance

to which the pious remove their shoes to pray. 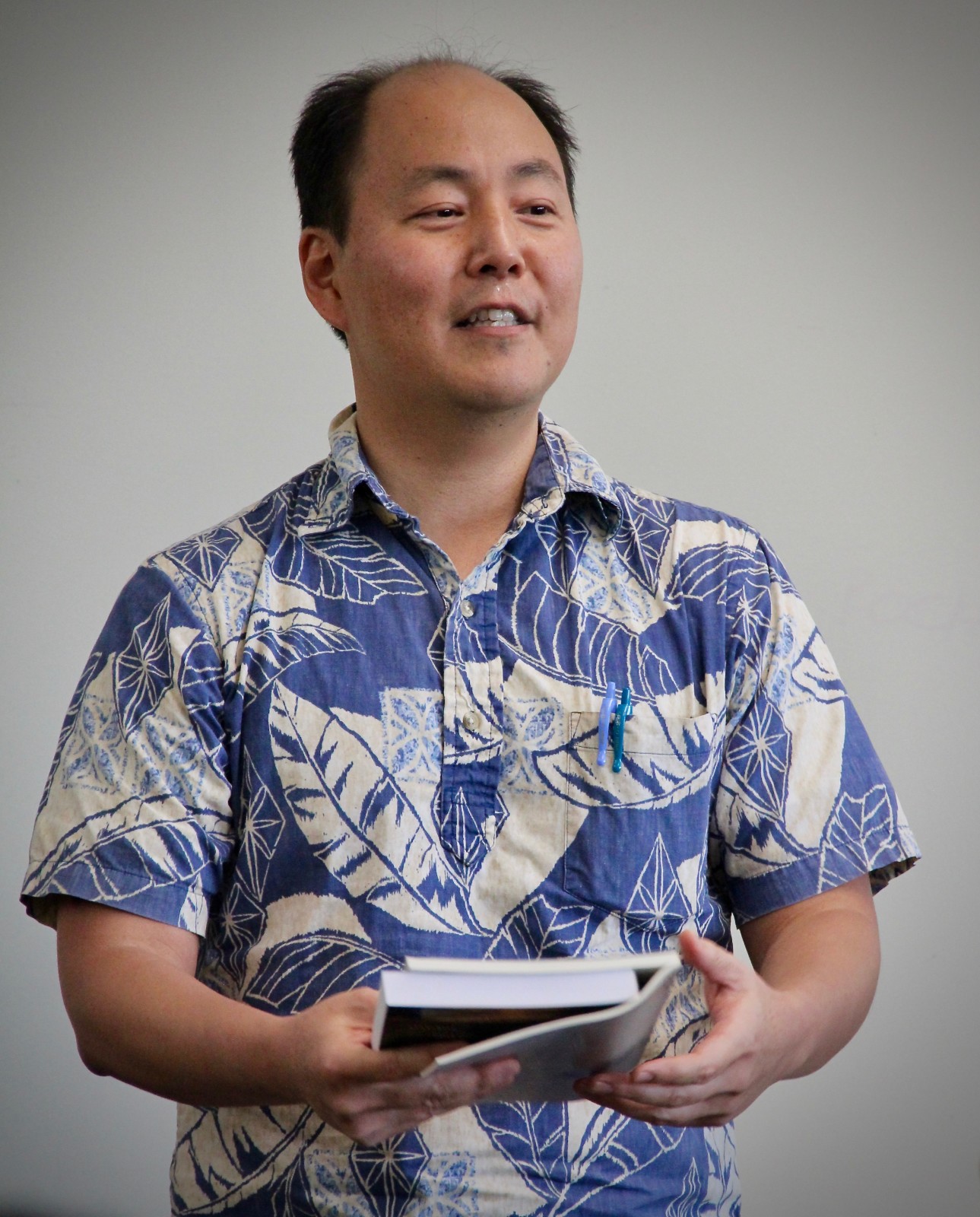 Derek N. Otsuji lives and writes on the southern shore of Oahu. His poems have appeared in Poet Lore, Salamander, Sycamore Review, Tahoma Literary Review, and The Threepenny Review.