Judge’s Comment:
“To Shadow” is an ambitious story of many stories rendered in couplets and merging the personal, regional, natural, historical, all (to borrow from the poem’s lyrical closing) “held together with rock, a little rain,/ a snail’s shell of breath.” 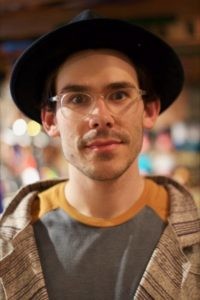 Matthew Wimberley grew up in the Blue Ridge Mountains. His chapbook “Snake Mountain Almanac” was selected by Eduardo C. Corral as the winner of the 2014 Rane Arroyo Chapbook Contest from Seven Kitchens Press. Winner of the 2015 William Matthews Prize from the Asheville Poetry Review, and a finalist for the 2015 Narrative Poetry Contest. He was selected by Mary Szybist for the 2016 Best New Poets Anthology and his writing has appeared in: The Greensboro Review, The Missouri Review Online, Narrative, Orion, The Paris-American, Poet Lore, Rattle, Shenandoah, Verse Daily, and others. Wimberley received his MFA from NYU where he worked with children at St. Mary”s Hospital as a Starworks Fellow. Wimberley was a finalist for the 2017 Crab Orchard Series in Poetry First Book Award.