You Must Know Things by Their Moving Away

-after the first field guide, by Mrs. William Starr Dana, 1893 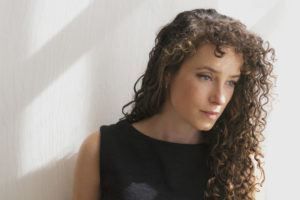 Rose McLarney has published two collections of poems, Its Day Being Gone (Penguin Books 2014)–winner of the National Poetry Series–and The Always Broken Plates of Mountains (Four Way Books, 2012). She has been awarded fellowships by the MacDowell Colony, Bread Loaf and Sewanee Writers’ Conferences, and Warren Wilson College. McLarney is the 2016 Dartmouth Poet in Residence at the Frost Place and 2016 winner of the Chaffin Award at Morehead State; she has also received the Fellowship of Southern Writers’ New Writing Award for Poetry. Her work has appeared in publications including The Kenyon Review, The Southern Review, New England Review, Missouri Review, and many other journals. Rose earned her MFA from Warren Wilson’s MFA Program for Writers and has taught at the college, among other institutions. Currently, she is Assistant Professor of Creative Writing at Auburn University and Co-Editor in Chief and Poetry Editor of The Southern Humanities Review.