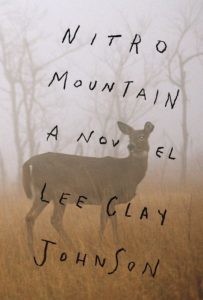 There’s no surer sign that you’ve stumbled into the land of hillbilly noir than the sight of a man beating a woman with a rotting deer leg his dog dragged out of the woods. That scene occurs about a hundred pages into Lee Clay Johnson’s Nitro Mountain, and you don’t want to know what the hillbilly in question does with that deer leg next–trust me on this one–but if you keep reading, you will find out. And you will keep reading, because Nitro Mountain is a speeding night train of a novel that includes a drunken ex-cop with a crossbow, a drunken killer with a gut full of homemade embalming fluid, and a drunken–well, everybody in the novel appears to be a drunk, so we can take the adjective on faith henceforward.

Which brings us back to hillbilly noir and the assumptions it makes about rural life and rural people–the ideas it takes on faith, if you will. The genre traces its roots back through James Dickey’s Deliverance to Jim Thompson’s gritty crime novels, and contemporary practitioners include everyone from Donald Ray Pollock to Tom Franklin. These writers depict the pinched, hardscrabble lives of the rural poor with details that feel just right. Their characters inhabit decaying one-stoplight towns abandoned by the factories and mines that once made them tenable (check), and they frequent seedy, roadside bars where you can score a rock of meth as easy a cold Bud Light (check). They drink moonshine (check), listen to barroom cover bands (check), and are capable of–even prone to–sudden bursts of astonishing violence (check). They are virtually illiterate, but capable of a kind of stoic poetry expressed in passages of subdued lyricism and flashes of deadpan brilliant dialogue when it comes to describing cars and women (check and check). This is a world where a man will cut off a woman’s hands for putting finger prints on his freshly waxed Ford Focus, in response to which another character will remark, “Honey, nobody’s allowed to cut off anybody’s hands, not over a Focus” (198). As Arnette–the aforementioned killer–puts it, “It’s all fucked up and you can’t unfuck it up,” adding a paragraph or two later that “the world is a cage full of starving animals” (157).  Exactly.

Lee Clay Johnson (even the name is right) hits all these notes with precision. The novel tracks the story of Leon, a broken-armed bass player in a country-rock band, who lives in a rundown (former) coal town named Borden, somewhere in Appalachia, in the shadow of the eponymous mountain. Leon falls into a love triangle with a backcountry femme fatale named Jennifer, a masochist who likes to have “at least two guys. One to run away from and one to run off with” (187). Things go from bad to worse, as these things will, and someone winds up dead, as people tend to do in this kind of novel. About the plot I will not reveal more, not entirely for fear of spoiling things (things go down pretty much the way you expect them to), but because doing so would give away the structural genius of the book, which almost redeems it.

Suffice to say that that the novel is divided into three parts. The first and last sections give us down-on-their-luck first-person narrators, while the second depends upon a limited third-person perspective that roves from character to character (these characters are down on their luck as well; no one is thriving in Nitro Mountain). This structure serves the plot of the novel, which is built like–and moves like–a thriller. It also involves a dazzling bit of misdirection–one of the novel’s two real surprises, and an emotional gut-punch of unexpected power.

Unfortunately, from there the standard tropes of the thriller (hillbilly noir variety) take over. It seems like Johnson is going to ride those tropes across the finish line–but, then, three-fourths of the way through the novel, he serves up his second surprise. The thriller plot comes to a screeching (literally) conclusion, and the novel becomes what at first it seemed like it was always going to be, a novel of character. As I read the book’s third section I felt like I might have been played by a master who simultaneously exploits and subverts the tropes he’s working with. And then, in the final scenes, Johnson reverts to genre form via an unlikely plot twist that defies credulity (how on earth did he make bail?).

And this is the problem, of course.  Just when it seems like it’s going to transcend the conventions of its genre–like it’s going to interrogate them in important ways–it betrays its promise and becomes exactly what you expect it to be: just another novel that depicts Appalachia as riven by ignorance and addiction, poverty and violence. But Appalachia, like every other region of the country, is more than the sum of these parts. When I picked up Nitro Mountain I had hoped for more. I should have known better–or Johnson should have. 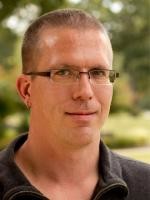 Dale Bailey is a Professor of English at Lenoir-Rhyne University.  His two most recent books, The End of the End of Everything: Stories and The Subterranean Season: A Novel, were both published in 2015.