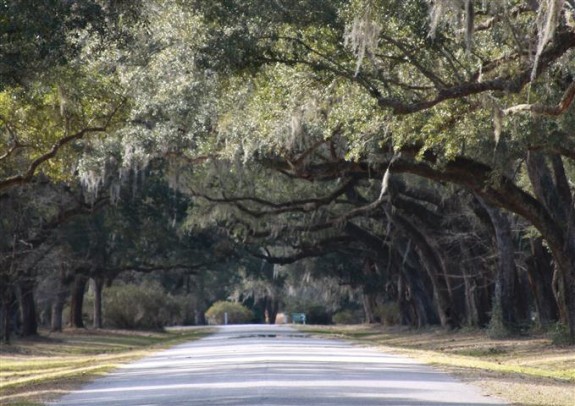 This past January I stayed for a week at Mepkin Abbey near Charleston for a silent retreat. Walking among live oaks, sitting beside the Cooper River, attending services of psalms, I took the time to grieve the passing of my mother. She had died four months earlier, and I knew there was still much I needed to feel and understand about losing her. In those beautiful, silent spaces at Mepkin, I revisited the ways her passing had been complicated for me by our chaotic national politics: I found myself weeping more than once over the combination of losses. When I spoke with the retreat director, he observed that it might be time to develop a practice of grief.

Now in May, I write in the wake of our federal government’s withdrawal from the Paris Climate Accord, an unmooring from the international community at a moment when scientists tell us we have little time to mitigate the worst effects of our climate crisis. And then I learn that our state’s beloved poet, Kathryn Stripling Byer, has passed away. Devastating loss heaped on devastating loss. A practice of grief, indeed. Hard as it is to introduce this issue of Cold Mountain Review with anything other than a heavy heart, I hope that Kay would have welcomed its contents. Her grace, her humor, her passion for justice, and her poems have been touchstones for many of us in the North Carolina literary community. We will all need a practice of grief to carry on without her.

Many kinds of loss and grief emerge in this issue. Vietnam veteran Bruce Weigl’s poems continue their powerful witnessing to the aftershocks of war, grieving over our missteps as a nation, “the map of our stupid failures” and “the damage war does” to individual, particular lives. Like Weigl, Jan Beatty’s working class background inflects poems alert to lives lived on the edge: “For the Man Who Died on the Tracks” marks with mourning a life ended by the train on which the narrator is travelling, the voice in the poem insisting again and again: “I want you to know / that you are mourned.” For Sarah Small’s narrator in “Leaving Centralia” the grief is for the loss of a hometown to poisonous fumes from an underground mine fire, while Goldie Goldbloom’s narrator leaves us mourning family violences where women struggle to survive through the limited, bad choices of injury, madness, or complicit silence. In our era of forced migration, David Salner’s “Goya’s Black Paintings, Melville’s White Whale” subtly addresses color, race, and refugee status, bringing this issue of CMR back around to grief for a faltering country: “how long should be wait / for a capsizing nation?”

For many of these writers, the lives lost and grieved are also nonhuman animal lives: Jeff Burt’s poem, “We Will Never Mend This” wins the R. T. Smith Prize in Narrative Poetry with a futuristic eulogy to the last heron. Pam and Rebecca Baggett witness to the daily violences of a car culture that leaves opossums as another kind of collateral damage.  In the face of such destructiveness, the narrator of Jacob Boyd’s “The Sheriff’s House” asks: “Am I with the peopled world or against it?” Claudia Buckholts’ “Bird Country” seems to answer that question by leaving the human realm altogether: “stubby feathers / sprout from my back and arms, turn / into wings, and I shrink from what / I was.”

Again and again in these poems, relations with other animals offer insights about how we might productively change our human perspectives. Carol Hamilton’s “Lessons from Under the Worm Stone” shifts our gaze from human history to the earthworms who have long worked the soil on which we all rely. George Kalamaras takes us into the rapturous world of a shape-shifting hound, now Blue-Tick, now Red-Bone, and invites us toward a necessary shape-shifting of our own. Retrieving a way of seeing he imagines as lost, Kalamaras gives us an enchanted, radically animate world where Blue the hound enters his human companion’s dream, “sometimes shivering the worry of the man off them both, like rain from a slicker.”  A decentering of human exceptionalism also appears in Elizabeth Lewis Corley’s “Deadline,” where a hare’s reality emerges alongside the human one, illuminating both: “He’s as afraid of you as you are.” By continuing to imagine a turn in the human narrative toward humility, these authors suggest how we might repair our relations with both the human and more than human world.

Rose McLarney’s poems in this issue serve as a pocket field guide to living with the more than human world, both literally and figuratively, as community and kin. Her careful attention to the embodied lives of deer, woodpeckers, mussels, spiders, ginseng, jewelweed, lover, and family inform richly textured narrative poems that ask us to think and feel our way through many kinds of relationship. In our wide-ranging interview, McLarney discusses her subtle recalibrations to place as she has relocated from her home in Appalachia and what these changes of landscape have meant for her poetry.

A recalibrated vision is also the project of Robert Bharda’s visual art as he recasts vintage photographs using new dimensions and color palates. Rick Rapfogel’s complex photographs capture the energy and diversity of the Women’s March on Washington, reminding us of our own agency in the face of despair and powerlessness. And in an additional series of interviews—with Pittsburgh poet Jan Beatty, Kentucky novelist Robert Gipe, and Affrilachan poet Bianca Spriggs—we hear spirited voices witnessing to the power of female writing students claiming their lives through their craft; the channeling of young people’s narratives in the fight against mountaintop removal; and the imaginative exploration of life in another creature’s skin.

If a practice of grief involves mourning the lost lives and chances, that grief also clears a space for imagining ourselves into a different future. Although we might share the doubts of Beatty’s narrator in “Kat Calls About Jesus” that bringing another reality into language can save us, we can still abide by the faith that we cannot do without our imaginative visions: “I wish maybe saying it — / whatever it is – could shift the axis of the world right again.”