A Story That Has Been Told for Generations 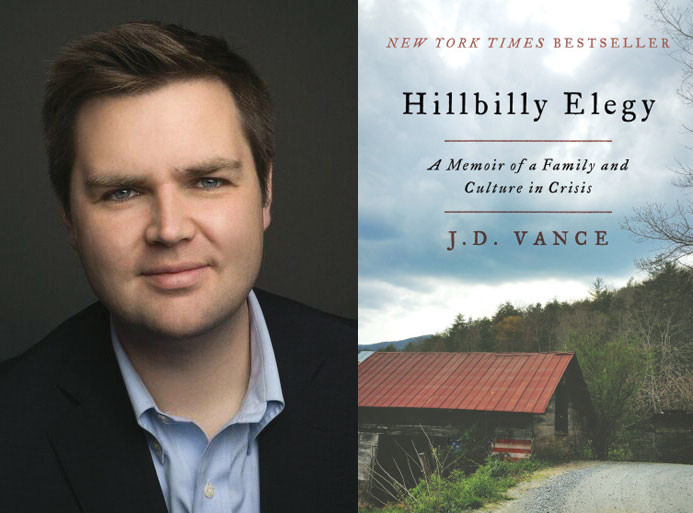 Early in Hillbilly Elegy, J. D. Vance writes that he is proud to have been raised by “Hill People” in Kentucky and Ohio. “I may be white,” he explains, “but I do not identify with the WASPs of the Northeast. Instead, I identify with the millions of working-class white Americans of Scots-Irish descent who have no college degree. . . . Americans call them hillbillies, rednecks, or white trash. I call them neighbors, friends, and family” (3). One of Vance’s ancestors is believed to have started the feud between the Hatfields and the McCoys. During his childhood, the men in his family seemed “the living embodiment of the hills” (17). No one in Jackson, Kentucky was more intimidating than his grandmother, and no holiday season was complete without a few tales about family members who responded to insults with explosions of violence. “Some people may conclude that I come from a clan of lunatics,” Vance remarks. “But the stories made me feel like hillbilly royalty, because these were classic good-versus-evil stories, and my people were on the right side” (17).

In addition to providing portraits of Vance’s relatives, Hillbilly Elegy laments the slow, all-consuming decline of Greater Appalachia. Over the past fifty years, the region has become a “hub of misery” (4), plagued by unprecedented rates of unemployment, crime, drug and alcohol abuse, domestic violence, and infant mortality. Throughout the region, children are sent to one-room K-12 schoolhouses and drop out in their early teens. Those who stay in school are rarely exposed to hardworking, successful role models: “Students don’t expect much from themselves, because the [adults] around them don’t do very much . . . People talk about hard work all the time . . . [but] many folks talk about working more than they actually work” (56, 57). As a teenager earning the minimum wage in a grocery store, Vance learned, much to his annoyance, that many customers “gamed” the welfare system:
They’d buy two dozen-packs of soda with food stamps and then sell them at a discount for cash. They’d ring up their orders separately, buying food with food stamps, and beer, wine, and cigarettes with cash. They’d regularly go through the checkout line speaking on their cell phones. I could never understand why our lives felt like a struggle while those living off of government largesse enjoyed trinkets that I only dreamed about. (139)

Vance suspected that some of the “Hill People” he knew were their own worst enemies–many of them made hard times harder by quitting good jobs, engaging in self-destructive behavior, and then faulting “the Obama economy” for their troubles. Vance enlisted in the Marine Corps after high school and credits the military with teaching him how to overcome disadvantages and obstacles. For a large percentage of his friends and neighbors, however, he argues that day-to-day life is “about reacting to bad circumstances in the worst way possible. It’s about a culture that increasingly encourages social decay instead of counteracting it. . . . There is a lack of agency here–a feeling that you have little control over your life and a willingness to blame everyone but yourself” (7).

The most daunting problems facing Greater Appalachia, in other words, resemble those that have long afflicted America’s inner cities. Vance mentions the similarities from time to time, but briefly, as if he knows that his former neighbors will not be pleased to hear that their communities have much in common with places like West Baltimore and South-Central Los Angeles. “[B]ad neighborhoods no longer plague only urban ghettos,” Vance observes. “The bad neighborhoods have spread to the suburbs” (52). He cites a book called Appalachian Odyssey, which explains that white rural Americans who migrate to work in Midwestern mills and factories have always shared “many regional characteristics with the southern blacks arriving in Detroit” (31). Later, Vance recalls that as a high-school student he was fascinated by William Julius Wilson’s sociological study The Truly Disadvantaged: “I wanted to write [Wilson] a letter and tell him that he had described my home perfectly. That it resonated so personally is odd, however, because he wasn’t writing about the hillbilly transplants from Appalachia–he was writing about black people in the inner cities” (144).

Vance narrates his rise from hopelessness to the Marines, Ohio State, Yale Law School, and a flourishing career in Silicon Valley without a trace of smugness or self-importance. His account of the life and times of his grandmother Bonnie Vance, moreover, is riveting and sure to be a highlight of the film adaptation of Hillbilly Elegy that is in development. But when Vance shifts his attention to the decline of Greater Appalachia, some of his observations seem stale and self-evident. He calls his memoir an elegy, but that term is misleading. Elegies mourn the dead. Most of the “Hill People” Vance writes about are not dying: they are have-nots struggling to get by in crime- and poverty-stricken neighborhoods. They don’t seem to acknowledge it, but they are learning what it’s like to live in a ghetto. Similarly, Vance doesn’t acknowledge that he is working in the tradition of many African-American, Latino, and other “minority” authors who explore what Marvin Gaye called the “inner-city blues.” In the introduction to Hillbilly Elegy, Vance observes that “The statistics tell you that kids like me face a grim future–that if they’re lucky, they’ll manage to avoid welfare; and if they’re unlucky, they’ll die of a heroin overdose, as happened to dozens in my small hometown just last year” (2). Those statistics may seem shocking to natives of Greater Appalachia, but to non-white Americans raised in poverty, they are part of a story that has been told for generations. 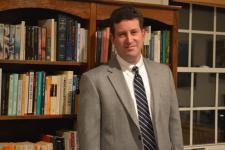 Alex Pitofsky, a Professor of English at Appalachian State University, has published articles on American literature and culture in Twentieth Century Literature, The Mark Twain Annual, Studies in American Culture, and other journals.