A Sharp and Unsettling Country Noir 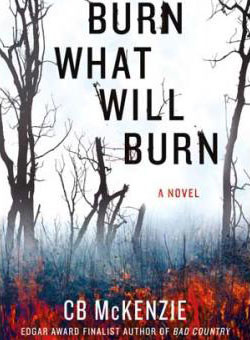 “The body floated stubbornly in The Little Piney Creek, one and four tenths miles of graded dirt almost due south on Poe County Road 615 from my place.” So opens CB McKenzie’s second novel, a sharp and unsettling country noir in the vein of Daniel Woodrell and Joe Lansdale. A McGuffin thus launched, poet-protagonist Bob Reynolds finds himself tossed headlong into a small-town, backwoods conspiracy.

This forbidding, poverty-stricken neck of the woods is the world of J. D. Vance’s Hillbilly Elegy, a land of want and poor choices, where education is viewed with suspicion, and every stranger is eyed with distrust. Reynolds is that stranger in a stranger land, a man mistrusted, damaged, and, most days, mildly tranquilized. He is, he tells us, “as lonely as Adam before Eve appeared–living underneath a God who thinks of me as only a hobby of His…” (8). He has escaped to this Arkansas community in order to disappear and to drink and, supposedly, to write poetry–though the only evidence we see of such is a haiku scrawled on a coaster in the local Holiday Inn watering hole: “I like the female / Spider who eats her stale mate / And then shits pure silk” (103). He has “enough money to burn a wet mule” (37-38) thanks to insurance from a dead wife, inheritance from dead parents, and a series of wise investments. Unfortunately, Reynolds is also pursued by a pack of drowned corpses: his wife drowned in a bathtub; his father, an alcoholic, choked to death on his own vomit; and his mother suffered a heart attack and “drowned facedown in her oatmeal bowl” (66). It helps not at all that the corpse in his front yard has also drowned.

Unwisely, Reynolds inspects the body and pockets a couple Trojan condoms, an unused cartridge “about as long as my little finger” (4), and a “delicate gold wedding band suspended on a thick gold link chain” (5). By the time Reynolds has tracked down the High Sheriff of Poe County, Sam Baxter–which takes longer than you might think–the body has disappeared.

Steadily, the bodies pile up (and, more often than not, promptly disappear) and the noose tightens implacably around Reynolds’ scrawny neck. He finds himself knee-deep in a mess, a confusion as intertwined as a nest of snakes, a conspiracy of jealousy somehow all connected to a woman named Tammy Fay Smith, our hillbilly femme fatale, the mechanic Reynolds pines for and occasionally spies upon.

The pace is a bit slower than the typical genre-reader may be used to, the story measured by spates of leisurely dialogue and frequent lyrical descriptions, this world seen through a poet’s eye: “A faint scent of burned wood rose as a quick hot breeze whisked up and twirled the white trash ash inside a fire pit like insubstantial egg whites, shirred to the ultimate thinness of dust” (60) and “In a lightning-scarred oak tree several more cats lounged, limp in the heat, draped over thick limbs like furred and whiskered sacks of soft bones” (82). We also get our fair share of redneck witticism: “Tammy Fay was just the kind of woman you’d pay to watch sweat” (21) and “…I know about you and her what the Pope knows about tampons” (26) and “a shoreline narrow and slick as a side of cheap bacon” (2).

Despite being told again and again, “It’s a local matter” (121) and “You don’t understand the situation around here” (138), Reynolds continues to snoop and prod and turn up in the wrong places at the wrong times. Eventually, steadily, the jigsaw puzzle pieces snap into place and Reynolds discovers solutions, if not wholly satisfying ones.  What he ultimately discovers, though, is the truth of a bifurcated world: “And sometimes that’s just the way it is: In strange lands, foreigners reach the limits of their Local Knowledge only as allowed by Locals and that is why foreigners are called Foreign and locals are called Local” (159).

McKenzie has crafted an entertaining murder mystery against a Polaroid glimpse into a grim slice of contemporary America, a place “where most of the storefronts were boarded up … [where] family-owned and -operated establishments [were] forced out of business by Wholesale Clubs and Supercenters” (97). The combination makes for one memorable read. 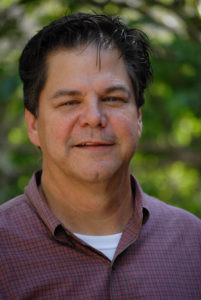 Dr. Jack Slay, Jr. is a professor of English and director of the Servant Scholars Program at LaGrange College in Georgia. He co-authored the novel Sleeping Policemen and has published several other works of fiction.