A Language Lost of Trees 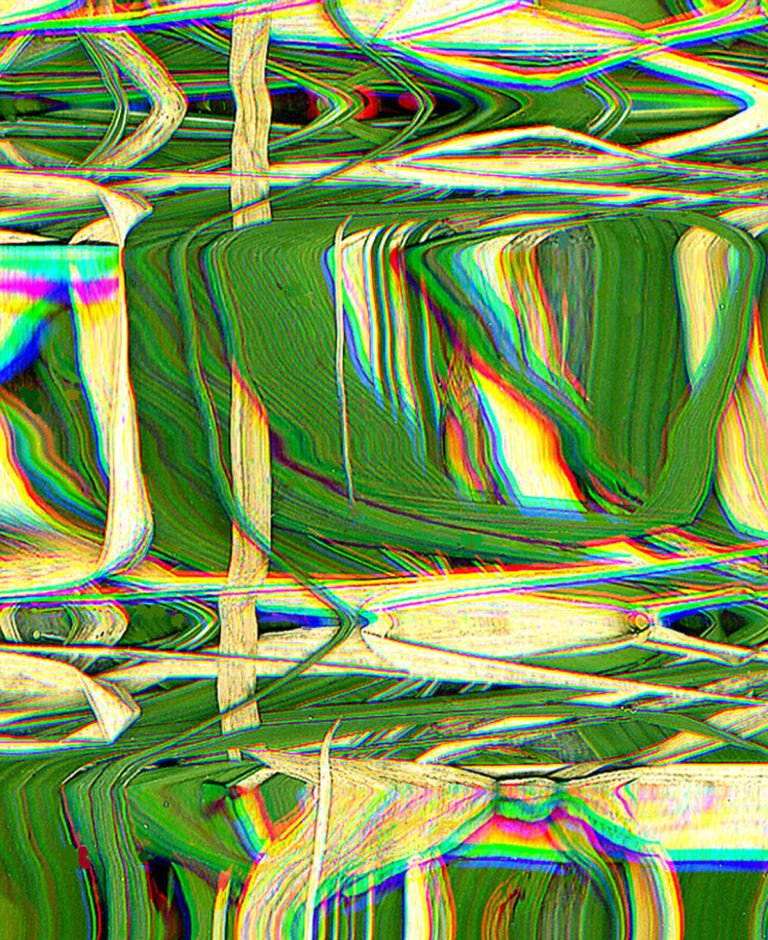 Long ago, in a word far away, a language close yet elusive, there lived a hound dog named Blue. Most times Blue was a bluetick coonhound. On occasion, he’d become a redbone coonhound. It was those latter times he’d insist his name be Blue. Then, from time to time, ask his name be Red. Those who taught the young pups the Ancient Lore of the Bone knew that for one’s name to “be Red” one needed to understand inmosts of the marrow. Wordless scrabblings of the mouth. To learn the language lost of trees. It was a language, gone to the ages, left in the backwoods, in the shagbark of hickory and Indiana hollers and sycamore groves and cypress swamps a long way south. It was a language the raccoons knew. That possums remained remnants of. That porcupines understood but could only speak the stuck of. Long ago, it was—in fact—long ago. The way words meant and were. Words were whirrs were whirls of thumbprint dissolving in the tiny rain ponds clustered in sassafras hollows.

So it was and were and could be and can’t. Blue knew this language—territory of the deeps—far in his bluetick bone. In his coonhound howl. For the Lore of the Lore taught it so. Color the world the way the world works, it had been said. Be a redbone. Be a bluetick. Inhabit the infestation of generations of your genes. Hunt the hunting of the world. Blue knew the words and did not know. He knew the words and the words knew him.

Thus it was, some nights, he’d lantern-follow his man deep into the moon’s groves, where the long fingers of moonlight were worms working the world. Where the hunt was the word and the urge itself. Pouched in primordial pulsings of possums. Where words became things in the swampy dark. And the breath was a breathing-through. Thus it was and were and could be and can’t. Blue loved the night, midnight bruise as it were, for he’d step into the night and become of it whatever the night might cast. Sometimes he was shadow. Sometimes swamp mice.  Sometimes switchgrass near the creek-feds of the Wabash or the gloom-holes of the Eel. Sometimes Blue was simply blue, especially those nights the moon threw itself behind a cloud, becoming the hidden clout of a noun.

On rare days, he’d be Red. Who can read the inside of my bone? he’d sometimes think, when—as a redbone—he’d trot the morning sun fresh out of dirt after the exhaustion of an all-night scent.

The man, not central to Blue’s story, knew the night and the darkness it was. He worked very hard trying not to work, to find comfort in rare time off, so much so it exhausted him in thought. He’d go grove to grove, clothed in red-flannel plaid, and ask of the night for less work and less. But the night was large, and as the man stepped into and through it, the man, too, became large. And in that vastness knew he must from this breath forward, till work doth he part.

Blue loved the man and wanted to keep him for good. Alien and intimate. Wanted him entirely. Wanted the him of him. And the her hidden there too. The urge in the overnight growth of the man’s beard was creek-blossom. Winter-root. The woodstove was part of the man. And the frayed rug at the fireside. The man’s calloused hands, too, were man, and when they buried themselves into the layers of his fur, removing cockleburs and ticks, Blue knew the man’s insides, as if they were his own. The woman also was good. And the woman’s food, too, was good. And it was man and woman and dog when they sat to table (Blue’s tail—merle-splotched with night—thumping the floor at their feet), and each of them, in turn, took the stirrings of dirt, the fruits of the soil, the urge of the earth, into themselves—took one another into themselves—and, in so doing, could hear the strange, industrious work of worms somehow soiling between them.

The night—also not central to this story—like the man, somehow still was. For it was the night that bound Blue—whether he be bluetick or redbone—to the world of work. Work for Blue was trailing the coons. Pursuing the possums. Scouring the dark. Frightening them up a tree. Onto a shivering branch. A thinning limb. As the man came from behind, huffing and heaving. Lantern in hand. Work, for Blue, was calming the man. But work for him was also snoozing and snoring and warming near the stove his belly and deep-twitching paws in the forever-depths of sleep.

So the dreaming continued as if awake. Body to body. Breath to snout. And waking went on, as if asleep. And words wed silence, while silence went wet with each word broken. A word, far away and close. A language from the long ago. A language lost of trees. So it was and were and could be and can’t. In shagbark hickory. In black oak and elm. In redbud. In basswood. In honey locust. In sycamore groves. In a very long long-ago. In a word on the tongue and below. In the way words said just right could become things. In a redbone, in a bluetick. In a coonhound’s snout. In the body of color that was only color and never the body itself. 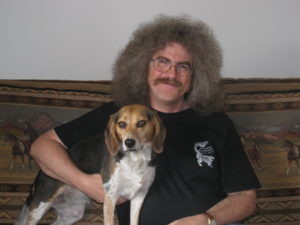 George Kalamaras, former Poet Laureate of Indiana (2014-2016), is the author of eight poetry books and seven chapbooks, including Kingdom of Throat-Stuck Luck, winner of the Elixir Press Poetry Prize (2011). He is Professor of English at Indiana University-Purdue University Fort Wayne. The poem in this issue is from a collection in progress on hound dogs—one of George’s great loves. He lives in Fort Wayne, Indiana, with his wife, the writer Mary Ann Cain, and their adorable beagle, Bootsie.