Polar thaw … and the slick
curve of a whale’s black back,
her laboring spout—beside her head,

small dorsal fin. A killer whale
with her dead calf. Tahlequah.
With forehead and fin

nudging the calf to the surface.
Floating it there on her rostrum.
Clutching its tail in her mouth.

The calf breathed long enough
for milk to come, for it to nurse,
for her to bond. Its blowhole sputtered. Flukes

fell still. In spite of currents, waves—
Tahlequah, Two
Together. How human her grief seems,

even scientists marvel.
With trills and clicks and whistles,
other whales in the pod

offer the rare,
once plentiful, Chinook.
Ease the calf away,

float it themselves. How human.
Seventeen days,
one thousand miles.

Only when a thrumming, like breath,
wings from the calf’s slack jaw—
a plume of flies—does she release it …

color the Indian Red
of my childhood’s crayons,
squatting over the West.

Note: From July 24 to August 9, 2018, scientists observed Tahlequah (J35), a southern resident killer whale in the Pacific Northwest, carrying the carcass of her newborn calf—a record-breaking “tour of grief.” For the previous three years, no calf had survived among these orcas—all of whom suffer from malnutrition, thanks to pollution and the demise of Chinook Salmon, the main food source. … During the spring of 2018, the U. S. government began forcibly separating families seeking asylum at the southern U. S. border.

To this day
(the Athens taxi driver said),
my father has a hole in his head
from a Nazi boot. He was crawling
on his belly under a fence
to reach some garbage.
He was that hungry.
The soldier kicked him.
The toe of the boot was metal.
My father was nine.
Just last week a woman sat in my cab
where you are sitting.
She was seventy years or more.
The Nativist Party would fix everything,
she said, rid the streets
of migrants with dark skin
who soil the sidewalks, who steal
from decent Greek people.
She talked and talked.
The more she talked, the more
I wanted to drag her out of my car
and strangle her. But I would stay
for the rest of my life in prison. That
I could not do—not with children,
a wife. So, I strangled myself.

We are bound—
the sea sounds with every voice
it can muster. Breeze-thrown seafoam,
breakers and swells,
stampedes of storms that fail
to wake us. Sign language
of dead zones, red tides,
coral bleached to bone.
Whales—huge, confused,
heave ashore.

Beneath fever-laced blankets
of carbon, we dream
tributaries rich with fertilizer,
pesticide, industrial sludge.
We dream of taking.
Of dynamite and cyanide;
longlines and trawling net;
gill, tangle, and drift net.

ride the waves, ripe
with rotting bycatch
and plastic—turtles, toothbrushes,
dolphins, flipflops. Casting
and reeling its tides, the sea aims
to hook open our eyes, save us
from our drowning
selves. Like a parent, forgives
as long as it can survive
to forgive. 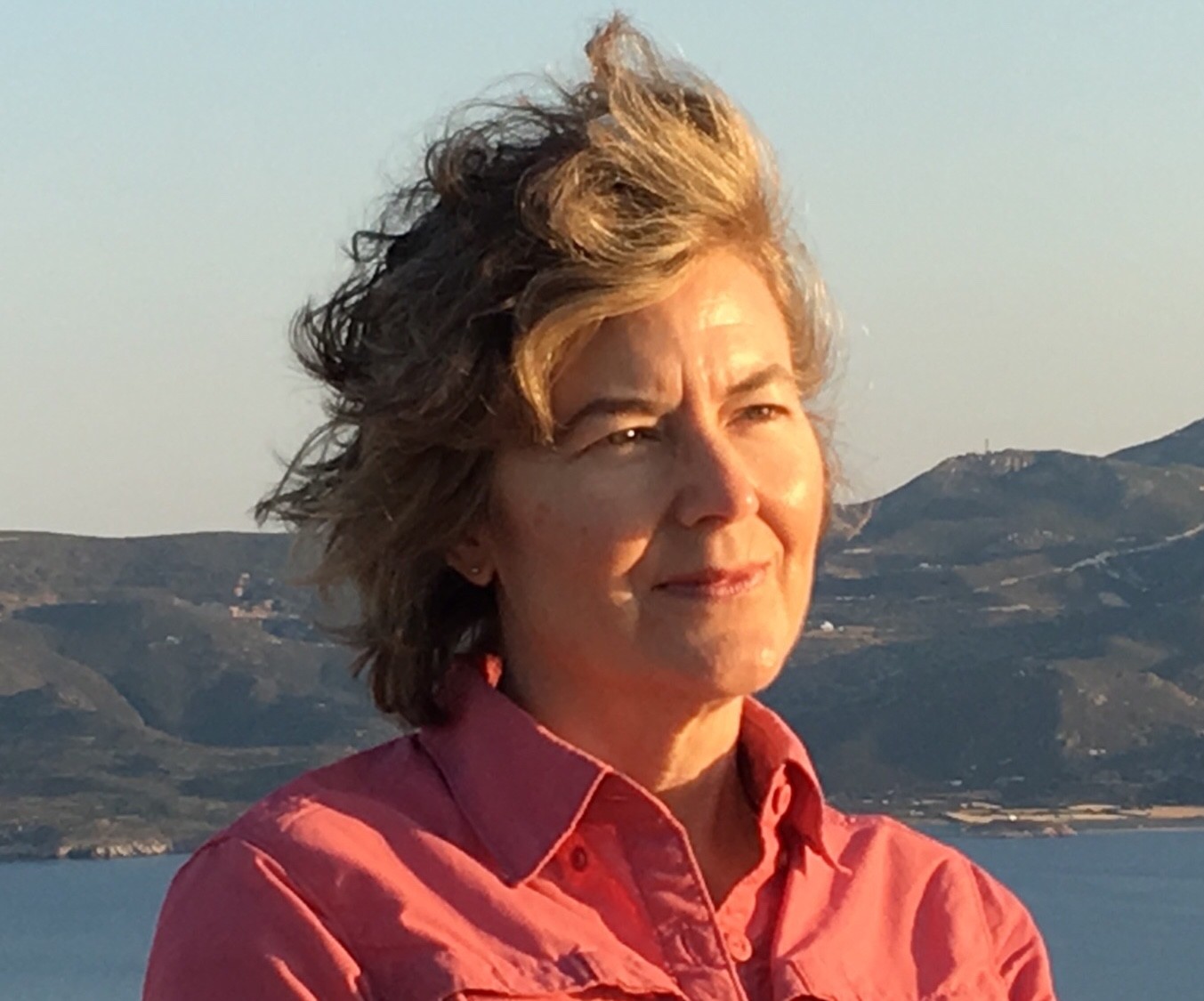