Doomed to Compose its Own Music—War, a Symphony, Bereft of Key and Clef, No One Wants to Hear

Did you take this photograph? Nam? The exhibit says, “My War.” But I already know it wasn’t you because the soldier who took this photo never got out, never came home, never recovered. Lots of nevers about Nam. Like it never should’ve happened. Like the earth’s concussion from an 800-pound airdropped bomb. Like I’ll never know that sound—an explosion a hundred yards from inside an almost-dead, shell-shocked man’s head. See acoustic guitars, plucked-strings, well-played close to the heart. Resemble, Lord help us, automatic weapons.

Did you ever imagine snow in Vietnam? I’m not talking about cloudbursts of phosphorous or ash, or brown, khaki, tan. Could’ve been my husband, that soldier in the photograph. Spitt’n image my gram would say—sitt’n by his own self, eyes sad as stars. That’s what my husband said about his own eyes, Winter of ’64—Cassius Clay and the Beatles but then the mail came, “medically unfit for military service.”

And what about the flatbed?—long, cold, empty—halted in the quiet-dark just beyond the boy, that lone soldier-boy. Transit for body bags I wonder? And how many is too many? Perhaps one was for the guy who shot that photo. Was he a boy like my husband once?—dreaming, dreaming of firefights in the jungle. Scooping handfuls of wet dirt to cover his hated, dangerous freckles. 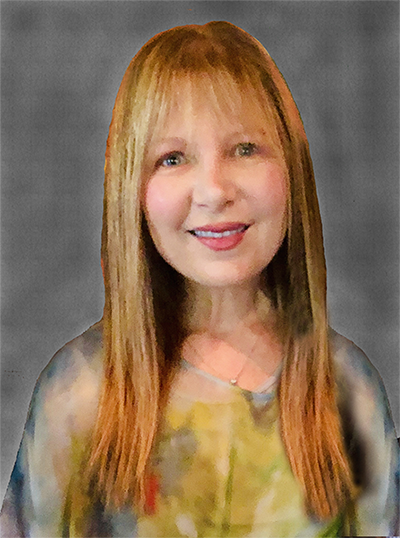 Tara Mesalik MacMahon, a graduate of Pomona College and Harvard University, is an emerging poet working on her first collection of poems, Even the Sky Bleeds. Her work has appeared or is forthcoming in Red Hen Press’s New Moons anthology, Nimrod International Journal, Duende, and Passager. She was a finalist for the Francine Ringold Award for New Writers and for the Patricia Dobler Poetry Award. She also co-authors children’s chapter books with her brother, Mark Ukra. The Closet of Dreams, the first book in the series, is forthcoming in 2020. A native of Southern California, she currently resides in the San Juan Islands with her husband Paul and their rescue dog Heck.