Let’s skip to the end, because once in a while (just as upon a time) some endings are happy, and the past is best left where you laid it.

My friend and colleague, Abu Ahmed, was granted asylum in the U.K. last year. He speaks little English and I speak little Arabic, but Facebook’s translator has gotten better, and I know, though filtered through an imperfect AI, that he feels like he’s woken up from a dream. Separated from his family for more than a year, they’re now reunited, but he still keeps an ever-watchful eye on the news out of Syria.

Abu Ahmed is no longer a lawyer, living near Damascus. Just as he is no longer a coordinator at our Community Center in Amman, Jordan, waiting resettlement. What he will be in the future, I don’t know. I’d like to think it’s wide open for him, but I’m a little too realistic for that.

Whatever his new life brings him, we’re still connected. We send each other emojis of bouncing smiley faces and cute animals offering flowers. A universal language of friendship.

Over the months, his English improves. He wishes me happy birthday in English, and when I’m sick in bed with food poisoning, he comments on my Facebook post, “take care please.”

And I don’t know if he ran the Arabic through Google Translate before posting, or if he worked carefully on the translation himself, but when Eastern Ghouta is in shambles, and parades of parents carrying dead children fill both of our timelines, just days before the 7th anniversary of the war in Syria, he writes in English, on a red background with yellow bolts of cartoon lightning: “The cowardly villain Assad bombards civilians passing through safe passages.”

Sometimes he sends me a meme, all in Arabic, that I have to ask someone close by to translate. They say things to the effect of "have a peaceful and holy Friday." Even though Abu Ahmed knows I’m not Muslim. I suppose it’s enough for him that he is. Or perhaps because he’s sending the same meme to so many people, he doesn’t want me to feel left out.

There are other things that I know without words. Things that need no translation. I know that he felt joy watching the first flurries of snow in England, because I saw his short video of the white flakes falling in his new backyard. I know that he felt peace and gratitude to see his wife and children again, because I saw his face in his photo, tired and so glad to be that kind of tired, the kind of tired from a long flight, a long fight.

I know also that though he wouldn’t trade where he was for where he is, not for anything, yet Abu Ahmed still misses us, at our Community Center. Because his Facebook profile picture, six months after resettlement, is a picture of him wearing his badge, in front of our sign. And just the other day, he liked our new Arabic-language Facebook page and shared a post urging teens to come to one of our classes.

Because so many of his friends are still here. And so he sends us emojis and memes, from his new house in his new life, far away in England. 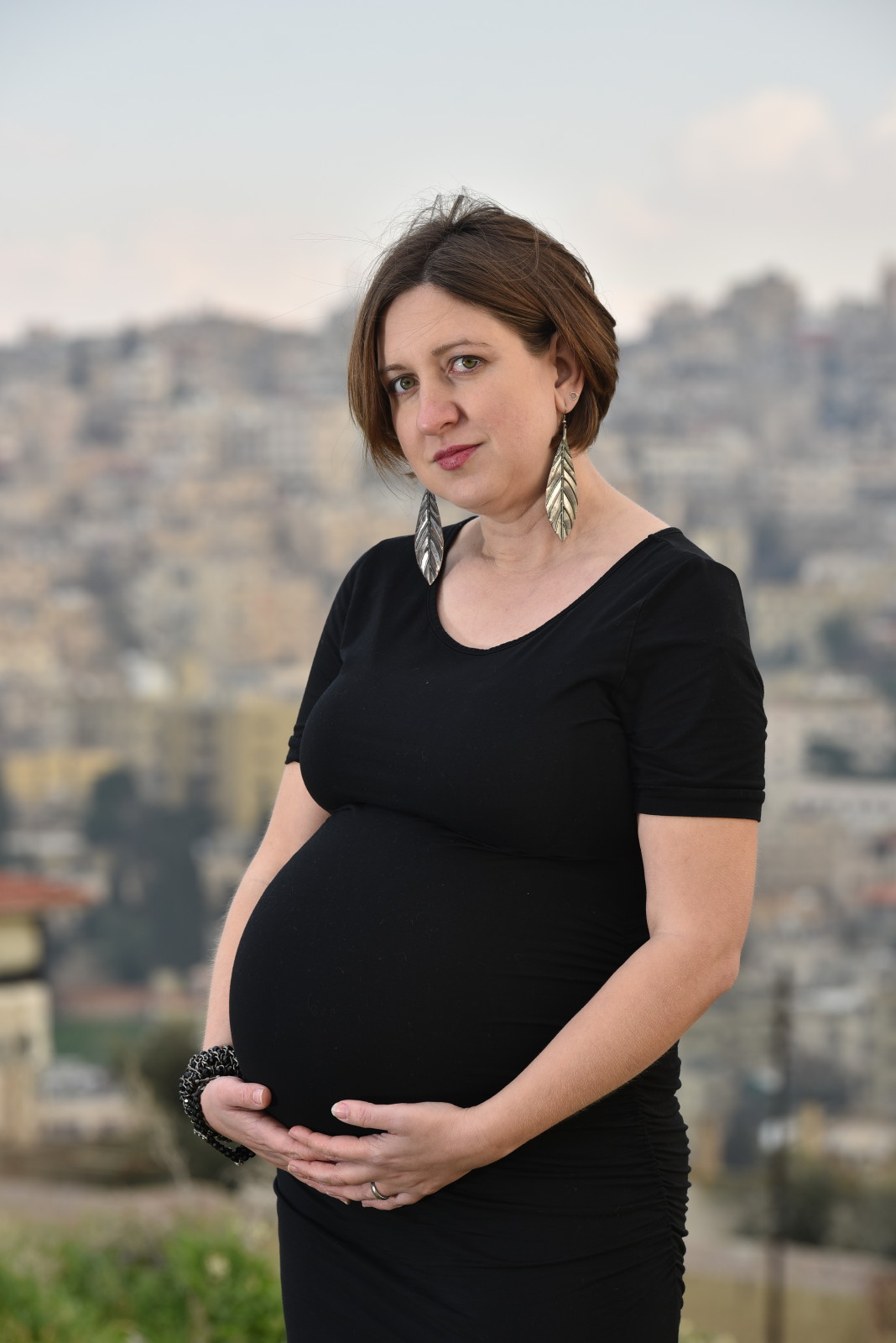 Judy T. Oldfield's work has previously appeared in Portland Review, jmww, Gigantic Sequins, Cleaver, Gravel, and many others. Her flash fiction, 'Their Lists Long, Their Spreadsheets Lost,' was a 2017 Best of the Net finalist. She grew up in the metro Detroit area and earned her BA from Western Michigan University in English and Comparative Religion. After more than a decade living in Seattle and abroad, she currently lives around the corner from her mom in her hometown with her husband and daughter