White Supremacists in Our Midst

In 1996, my first wife J and I were living in Adams County, Ohio, where I had taken my first job teaching in a small Christian School in West Union after graduating from a conservative Baptist seminary. We rented a small farmhouse with an attic full of mud dauber nests and a tobacco barn across the yard. Some of the kids were out of school for two weeks—I remember it now as February, but it might not have been—to harvest and hang tobacco. It was nice to go out and stand under the curing leaves, breathe in their thick, sweet aroma.

There was a significant homeschooling community in West Union. It had connections to the small school where I taught, and homeschooling moms would pay me for tutoring their children in English, one of them with fresh eggs still stained and flecked with chicken manure.

I taught seventh through eleventh grade English. Once a girl in my seventh grade class asked me if I would bump her test up a letter grade for an apple pie. “No,” I told her, “but a blueberry pie…?” The next day, she (and one other girl) brought me a blueberry pie she had baked herself, and told me she knew I would not change her grade and did not expect me to, but she just wanted to bake me a pie. She was a delightful young woman.

Her brother was in my eleventh grade class and was the big man on campus. He was not a particularly gifted student but he managed. He was earnest and upright, just like his dad, who was a straight-talking farmer. This boy’s dream was to go to the police academy and become an Ohio state trooper. He was also fascinated with Adolf Hitler—read about him, talked about him, wrote essays about him. He stopped me in the hallway one day to announce he had discovered Hitler’s true name had been Schicklgruber. “No wonder he changed his name,” the young man—already two good inches taller than I was, with his straight, brown hair cut neat and high—said as he laughed.

We attended a small Baptist church in West Union and formed a bond with a family who was homesteading in the hills outside of town. We had them over for dinner, and the husband and I hit it off, talked as men do, interrupting one another in our excitement about homesteading, me telling of what I’d read about it, which, beyond visiting the local Amish, was all I had done; him telling me what he and his wife were actually doing. Our wives sat and listened. He took it further than I would have, talked of fences, weapons, and observation towers, so that when the global meltdown came, people fleeing the cities could not overrun them.

As J’s belly grew large with our boy Evan, who graduated from college this year, we grew close to this couple. So close that when they discovered they had to go to Florida for an extended time—his dad owned a trucking company that specialized in oversized loads and they had contracted work down there—they offered to let us stay at their homestead no charge. They even offered to paint the rooms to suit us and designate one for Evan’s nursery.

As we were seriously considering the offer, one Saturday the husband asked if I would come over and help him pour a concrete slab for an eventual garage. While I was there, the wife wanted to take J out for lunch and ‘girl time.’

I arrived to find his dad—who presided as a patriarch and received due deference from his boys—two brothers, and a couple of other men there, already working. Since I was an English teacher and not a working man, he told me I could patty and grill the burgers for lunch. When we sat to eat, they wasted no time making clear the real reason I was there. One brother said, as if I were in on the whole thing, that his daughter “outed” him to their pastor at church. What I discovered he meant was that she told the pastor, “Black people don’t go to heaven.”

As they continued to talk, I was having trouble believing I had heard what I most certainly did hear, but the patriarch turned the conversation toward me.

“So you graduated from seminary?” he asked me.

“Why do they call it a Master of Divinity?” he said. Not waiting for me to answer, he said, “It’s ridiculous for someone to claim to be a master of divinity.”

His smirk made it clear he knew the difference between God and a field of study; he was toying with me, so I did not bother with a reply. My friend and his brothers eyed me expectantly.

“Let me ask you something,” the patriarch said. They all looked at me. “Does a Jew go to heaven?”

“Well…” I said. I had graduated from a Baptist seminary and I attended a Baptist church, but I had recently read Louis Berkhof’s Systematic Theology and been convinced of the truth of Reformed Christian theology. I began to enunciate my understanding of the Doctrines of Grace.

“Wrong,” he boomed over me.

I stopped and waited.

I do not remember how I responded.

After eating, the men pulled out various automatic rifles and shot up milk jugs hanging at the edge of the yard, where it gave way to forest. I drove back to the farmhouse where J told me her day had been lovely. I told her about my day. Then we talked about the other people around town, some of them in the same Southern Baptist church we attended, who were friends with this couple, who were also homesteading. The boy in my eleventh grade class who wanted to be a cop and loved Hitler.

“We can’t raise children in this place,” J said.

After church the following Sunday, we met them at Long John Silvers for lunch. I asked him about his dad’s and his brother’s comments.

“We believe God chooses who will be his blessed people.”

“I understand that,” I said. “But it sounded to me like you believe it is racial.”

He paused for a few long seconds. “We do,” he said, looking straight into my eyes. “We do believe it is racial.”

What followed was a frank exchange. He was vague when I asked him about religious affiliation, but he did tell me they believed they were part of the lost tribe of Israel and that ethnic Jews were imposters—or worse. The discussion ended with the understanding that the friendship we two couples had been cultivating was over. His wife cried. J grew so nervous she could not keep herself from laughing.

Back at the little farmhouse I so loved, J and I agreed it was time to leave West Union. I did not sign the contract to stay on at the school and two weeks after Evan was born in Maysville, Kentucky, we packed up and got the hell out of there. I did not tell the pastor of the church we attended about the white supremacists in his congregation. I knew I should have but I did not.

We eventually settled back in Lynchburg, Virginia, where we both still live. Moving back we were confident that, though racism was obviously present, because black and white Americans lived more closely together in the South, there was not the treacherous white supremacy that lurked under the surface in the schools and churches of Adams County, Ohio. White as I was, I could afford the naiveté that lead me to this opinion. For years, I remained under the illusion that West Union was one of a few Midwestern outliers, isolated eddies of racist attitudes that the rest of the country had left behind.

I grew away from the beliefs of my Baptist upbringing, and naturally found myself among liberal friends, though most of them were still white. We believed history was arcing toward justice.

Then Barack Obama won the White House, and my white family and tribe showed their true selves, tacitly condoning the racial resentment of the Tea Party, if not actively joining in. Some even bought into the racist conspiracy that the first black President was not a true citizen at all, but an imposter born in Kenya. Not only that, he was a secret Muslim with radical ties, bent on bringing down Christian America and imposing Sharia law.

Then Donald Trump, the obscene promulgator of that racist lie, ran for president. The overwhelming support of white evangelicals played no small part in securing his victory. Former Grand Wizard of the Ku Klux Klan, David Duke, declared on Twitter, “Make no mistake about it, our people have played a HUGE role in electing Trump!” Across town from us, Trump acolyte Jerry Falwell Jr. bragged with a grin from behind his pulpit that he had a pistol in his pocket, ready to whip out and “end those Muslims…” Up the road in Charlottesville, Richard Spencer descended with gangs of armed white nationalists as the police watched on.

Sometimes I wonder about the couple we knew back then. Did they stay in Florida, or are they in the hills outside West Union, armed and ready for battle? Are their children, grown now, carrying the white supremacist torch? I wonder about the Hitler-obsessed boy who wanted to be a cop. Is he a neo-Nazi like the ones who marched alongside white southern Christians in Charlottesville? Is he patrolling the roads of Ohio? Have they joined the other Trump-empowered white supremacists who have come out of hiding to declare their allegiances, or are they still keeping a low profile in the churches, schools, and police forces, of our nation?

What is clear is that they are not outliers but are everywhere among us. I am not sure how to combat it, but I cannot move away and pretend it is not my problem this time. I must call it out where I see it at the very least. Donald Trump and those around him are white supremacists. The 80% of white evangelicals who support him are at the very least okay with that—I believe it is worse than that; I believe that, their libertarian rhetoric of fairness notwithstanding, deep down where they might not even admit it to themselves, they are, maybe just a tiny bit, white supremacists as well. 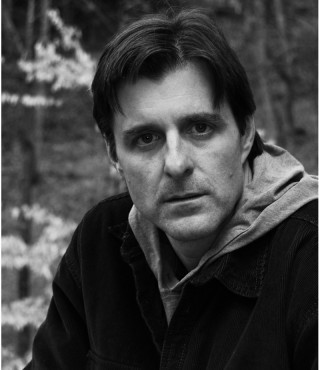 Vic Sizemore is the author of I Love You I'm Leaving, a collection of short stories. His fiction and nonfiction appear in Story Quarterly, North American Review, Southern Humanities Review, storySouth, Blue Mesa Review, Sou’wester, [PANK] Magazine, Reed Magazine, and elsewhere. His fiction has won the New Millennium Writings Award and has been nominated for Best American Nonrequired Reading, Best of the Net, and several Pushcart Prizes. You can find him at www.vicsizemore.com.