I first start to doubt the promise of ecotourism as I stand on the muddy bank of a creek in Yungaburra, Australia. My family and I huddle shoulder-to-shoulder with a small crowd of tourists, leaning forward expectantly as if waiting for a bus. There is the stealthy sound of cameras being cocked and focused, fingers sliding across iPhone screens, record buttons being pressed. Any minute now.

And then – bloop! – up it pops: a young duck-billed platypus. It’s surprisingly small and skates along like a water spider, its beak planing the water. Webbed feet like stars, bill wider and leatherier than anything I’ve seen on a duck, fur water-logged and silky. After a few moments on the surface, it disappears again.

I gasp along with the chorus and silently mouth wow at my husband. At the same time I am pocketing my camera and backing away. What the hell are we doing here? I think. It’s no better than a damn dolphin show at SeaWorld.

It’s actually much better than the dolphin show at SeaWorld, and I know it. For one thing, the platypus is appearing of its own free will and in its natural habitat. For another, this trampling crowd keeps the local economy afloat: instead of tearing down the remaining jungle and putting in more coffee plantations and cattle ranches, the jungle itself can be the draw.

The promise of ecotourism is that biodiversity can be part of the economy; this is something I desperately want to believe. However, the crowd outside of Yungaburra is making me doubt. And it’s a nice crowd! These are my people! We are earnest families in $2 ponchos carrying peanut butter sandwiches in recycled plastic bags. We speak in carefully hushed voices. We wait; we listen; we’re prepared to follow any instruction given to us.

We are respectful—but we still thrust forward, eyes greedy, our boots tearing the bank’s vegetation to shreds. The eagerness, mine included, feels invasive. We want something, and we have been told it is ours for the taking. But is it? This is the question that is holding me back.

A hundred years ago, the standard way to experience the magnificence of an exotic mammal was to shoot it. Hundreds of well-heeled tourists stalked the far corners of the globe, sleeping on clean linen sheets, refreshing themselves with hot tea poured by servants, and coming home with trunks of bled-out trophies.

It was a natural extension of the Western world’s understanding of the natural world. From Aristotle’s dissections—he removed the hearts of living turtles and poked out the eyes of baby swallows—to the 19th century expeditions that filled museums with skins and specimens, Western knowledge has always contained an element of brutality.

No detail has been seen as too small to justify slaughter; to solve the mystery of platypus reproduction, the British naturalist Richard Owen instructed his on-site assistant to shoot and pickle at least one female platypus a week from the beginning of September through the end of November. “One hundred would not be too many,” he assured him.

It is easy to sneer at the slaughtering scientist or the rich man with the moth-eaten stuffed tiger in his entry hall, but we on the bank share something with them. The scent of exploitation lurks. I can smell it as I step nervously in and out of the crowd, unwilling to commit myself, even less willing to let slip this chance to gape at a rare and peculiar species.

Traditional hunters the world over have special ways of approaching and thanking their prey. There’s the German tradition of letzter bissen, or last bite, in which the hunter puts a conifer twig in the mouth of a freshly killed deer. Russians offer pudding (I have trouble picturing the mechanics of this process); Pueblo nations sprinkle cornmeal. Other cultures, including Australian Aborigines, have sacred songs or dances they perform before or after hunting, to show respect, to offer thanks, to acknowledge the exchange that occurs when one animal gives its life to another.

Over and over, traditional cultures report that the animals play an active role in the exchange. They come willingly; they let themselves be seen; they give their body to feed another’s hunger. Barry Lopez, writing about the Naskapi of Canada, says, “It is a ceremonial exchange, the flesh of the hunted in exchange for respect of the spirit. In this way both animals, not the predator alone, choose for the encounter to end in death.”

From the mechanistic Western perspective, this seems like wishful thinking. Did millions of bison present themselves for obscene slaughter? Did the Carolina Parakeet will itself extinct? The dodo? But as a former wildlife biologist, I get it. I’ve often had the sense that an animal appeared to me intentionally. Even now—the platypus could be anywhere along its stretch of creek, but it’s chosen here. Curiosity? Accident? Deliberation?

None of us on the bank are going to eat the platypus, but its appearance does feed a hunger. This is still some kind of exchange. Maybe what we need, I think, standing on tiptoe to watch the platypus reappear, is some kind of ritual. A dance in the parking lot, a prayer along the bank, a little offering as we troop back to our cars.

This is where ecotourism could play a role—but, for now, falls short. Packaged as tourism, the exchange is purely economic, and is enacted by proxy. For example, some of us will stop at the funky and only slightly overpriced Platypus Pizzeria in the restored 19th century house by the viewing platform. Others will head back to their bed-and-breakfasts, or their rainforest cabins, or their historic hotels, swinging by the local grocery on the way. We’ll buy a book in the used bookstore, an artistic cutting board made from a polished slice of fig tree, a bottle of wine from the local winery.

There are those who might teach us how to behave. Back on the coast, we could have paid $18 each for a two-hour guided hike in the Daintree Rainforest, led by a member of the Kuku Yalanji people, or $348 for an entire day spent tagging along on a fishing trip. There would have been a purification ceremony, a sharing of myths and legends, some Billy tea—a carefully curated experience of traditional knowledge, packaged for exchange with the mostly white tourists. The awkwardness is part of the exchange—part of the rebuke—and needs to be experienced, I think. Nevertheless, I couldn’t quite stomach it, and when we found the $18 tour sold out I did not try to talk my family into a full day.

Tours like this are a welcome development in the harrowing history of local tribes. They are now the ones determining or forbidding access to their traditional lands and knowledge, and receiving compensation for what has always been seen by Westerners as free.

The exploitation of the people around Yungaburra was especially brutal. The Ngadjonji were hunted down like trophy animals in the 19th century and eventually crowded out entirely. Instead of the (admittedly false) promise of the reservation system elsewhere, where two nations were ostensibly negotiating like equals, the people of this region were treated like another piece of the jungle. They retreated to the uncleared edges of the land that had been stolen from them; later they were housed in “missions” and treated like dependent minors. Recent government policies of self-determination have improved the situation somewhat. However, as the Ngadjonji tribe’s website notes, 99% of their traditional lands are owned by someone else. This includes the creek outside of Yungaburra.

What’s the proper way to acknowledge the platypus exchange, then? The people who might once have had the authority to tell us have been pushed out; the owner of this land, the local government, is satisfied with economic remuneration. Yet the crowd’s eagerness, its anxiousness, show that we want more. We want to kneel, bow our heads, say thank you. Instead, we are left with nothing but a vague feeling of unsatisfied obligation as we file back to our cars.

The feeling hits me so vividly as we retreat round the bend that I pause and gather the kids to me with a touch on their heads. Since I figure it’s best to build rituals out of the tools we have, I turn us to face the creek, where the platypus has disappeared again. “Thank you, platypus,” I say in the same prompting tone I use when they’ve forgotten to thank their party guests for presents. They give me the Mom, you are so weird evil eye, but still, it feels like a step in the right direction. 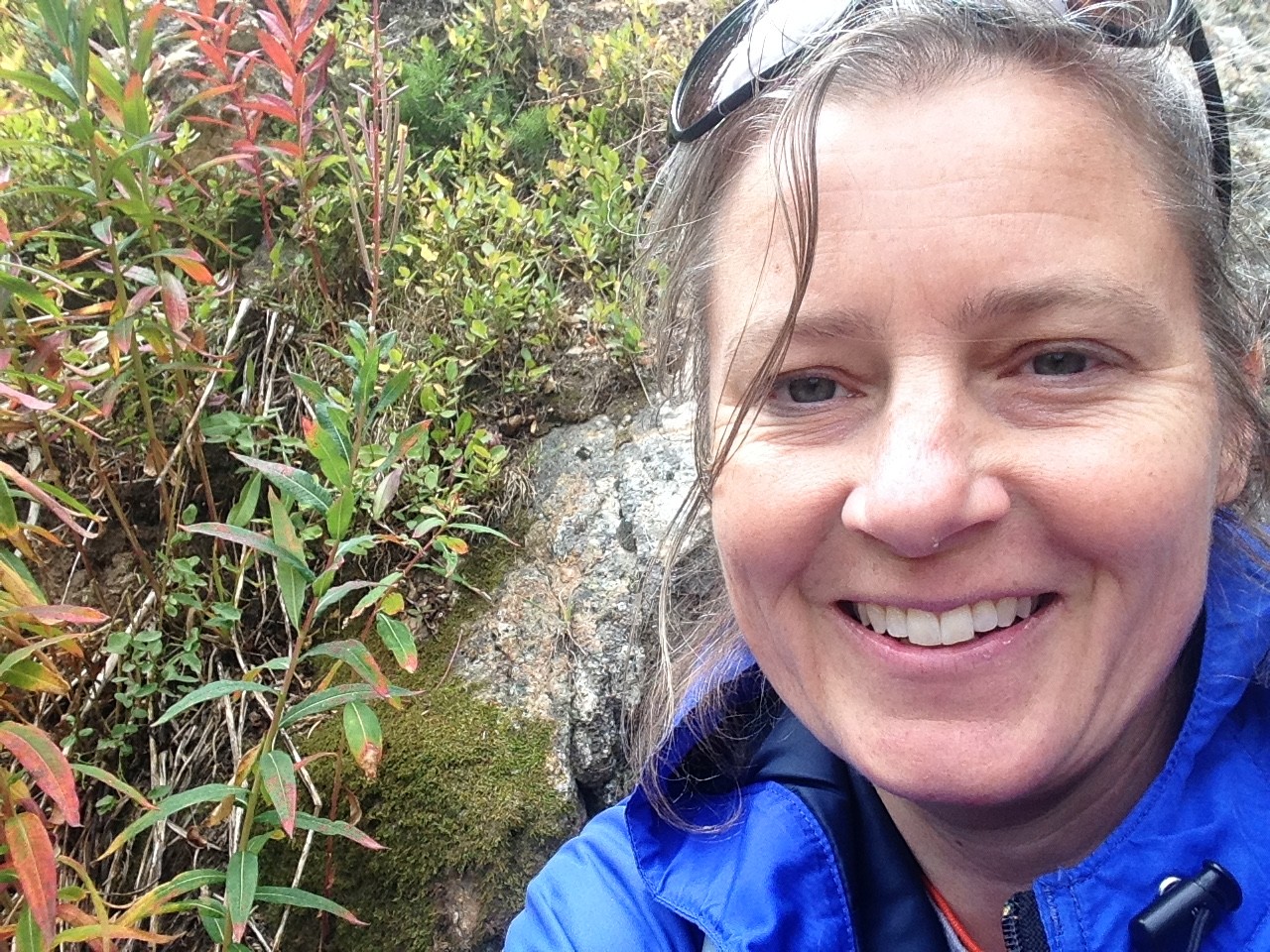 Emily Wortman-Wunder is a place-based literary essayist and fiction writer, with pieces published in Vela, Nimrod, Terrain, High Country News, The Master’s Review and elsewhere. Her work explores the emotional resonance of place by drawing on history, ecology, landscape art, and folklore. She lives in south suburban Denver and teaches scientific writing at the University of Colorado.