Shenandoah National Park. A leafy sea. To the fanciful eye, the rolling Blue Ridge Mountains suggest the primeval waters that covered Appalachia for millennia. Verdant foothills ripple like fabric. Bolts of land unroll, receding for miles in hazy shades gradating from teal to cerulean, cornflower to sapphire to stonewashed denim.

Eons of erosion and other forces have worn down these ancient mountains. Once comparable to the Alps in height (15,000 feet), by the 1700s they stood roughly ⅓  as tall.

These days, the mountains look sleepy. Secretive. Often wreathed in mist, they hunker against the horizon, round-shouldered and rumpled as aging uncles, smoking after a meal.

Deep in the greens of summer sing the lives

I’ve come to love. A vireo whets its bill.

The great day balances upon the leaves…

Scenic Skyline Drive unspools for 105 miles. It’s the former trail of animals, then footpath of the Sioux, the Seneca, and later still, a primitive track for settlers and covered wagons. Today, like the central vein in an epic leaf, curving asphalt splits narrow parkland right down its sinuous length.

No one suspected the outside world’s imminent ambush. In a 1923 letter to the Secretary of the Interior, Stephen T. Mather, head of the National Park Service, expressed hopes for new national parks east of the Mississippi. In 1924, the scenic Blue Ridge Mountains were chosen. Committees formed. Private citizens made donations. Within two years, President Coolidge signed the necessary legislation. For the first time in national park history, rather than designating wilderness for public use, private lands would be purchased—and, if need be, condemned.

Pressure on landowners to sell multiplied. Virginia state officials began acquiring land for $1-$25.00 per acre. Sadly, many residents whose forebears had lived there for hundreds of years were tenants or squatters—therefore denied financial compensation.

Melancthon Cliser and his wife, Carrie, owned a seven-room house on 46 acres. He manned a gas station; she ran Blue Ridge Lunch, known for her sublime, ten-cents-per-slice, huckleberry pie. Cliser had inhabited the area since 1794. He would not sell. In a letter-to-the-editor of the Page News and Courier, Cliser tried to rally his neighbors to resist takeover. “I am a Republican,” he wrote, “but not the kind that favors a condemnation law that drives widows and orphans or anybody else from home with nowhere to go and nothing to go with.”

Herbert Hoover assumed office in 1929. Shortly thereafter, he purchased acreage for Camp Rapidan, creating his personal Blue Ridge retreat. When the stock market crashed, Hoover’s administration established the Civilian Conservation Corps, which hired some of the mountain men to build and landscape Skyline Drive. Hoover's Secretary of the Interior had long said park residents would only be disturbed if they lived in the direct path of development. In 1934, a new director decreed all inhabitants must leave.

Acreage was purchased bordering the park for resettlement homesteads. Despite this, and other generous aid and efforts from outsiders to ease the transition, the mountain people languished.

Melancthon Cliser next wrote President Roosevelt, even telephoned the White House.  Refusing the $4,855.00 payment check for his property, he assumed no sale meant he still owned it. The local sheriff arrived with four plainclothes officers. And handcuffs. A 1935 black-and-white photo shows Melancthon Cliser resisting forced eviction. Workers razed his home and nine outbuildings.

Descendant Gary Cliser would later write, “Others did not resist in any way. They were beaten down already . . .  they had nothing left.”

Wrenching forced resettlement stories played out. Finally, after years of pleas and negotiations, showdowns and evictions, 42 elderly residents were granted life estates. More than a decade had elapsed from the establishment of the park to the actual relocation of 465 families, from 1935-37—many enjoying power and plumbing for the first time. Yet grief, misunderstanding, and resentment simmer, even today. The displaced mountain people who qualified for housing entered a bewildering 20th century lifestyle, acquiring mortgages as well as utility bills. Journalist Robert Kyle wrote that within 20 years “ . . . not a single original mountain family still occupied a resettlement house.”

To borrow Roethke’s words again, a way of life was dying inward, like an aging tree.

Today, a hundred or so small cemeteries hint at communities that once hummed with life. Ambling through vine-festooned forest I pass heaped stones—sole remains of two homesteads—then, the gravestones: a place so silent and secret and sad that my breath distills to a sigh . . . no larger than the word Ah.

Sometimes we step into a landscape and sense an inner shift. Perhaps, in a clearing, a vireo calls. Always, there’s erosion: the wearing away, and the forgetting.

Not only mountain people and culture are missing: elk, wolves, bison, and cougars no longer roam Big Meadows. Gone are the mature hemlocks. Sparse, remaining chestnut trees are considered shrubs.

Hauntingly, all the remnants speak.

There are places that infiltrate us—be it memory, empathy, or something as cellular as minerals and proteins absorbed by our molars, hair, bones and blood. “We are permeable. We carry our landscapes within us,” wrote essayist, songwriter Carrie Newcomer, in A Permeable Life.

Administrations come and go. Acreage changes hands with bittersweet consequences. Only 75 miles away from Shenandoah National Park, our current administration with its policy of “energy dominance” whittles away at the federal protection of precious public lands, recently opening national monument terrain for drilling and mining.

Will designated wilderness be next? What role should government play in conservation?

Like Roethke’s solitary vireo, I want to raise my voice for our parks.

Being here enlivens me. I tour the grounds keenly aware of past toil and dreams and love for the land. Neighbors I never knew, but imagine. In the 1820s, some of the Clisers moved West, settling near Spokane where I now live.

Song of the vireo: https://www.youtube.com/watch?v=NVq6DuiCYkA

Shenandoah Heritage: The Story of the People Before the Park, Carolyn and Jack Reeder, 1978, The Potomac Appalachian Trail Club. 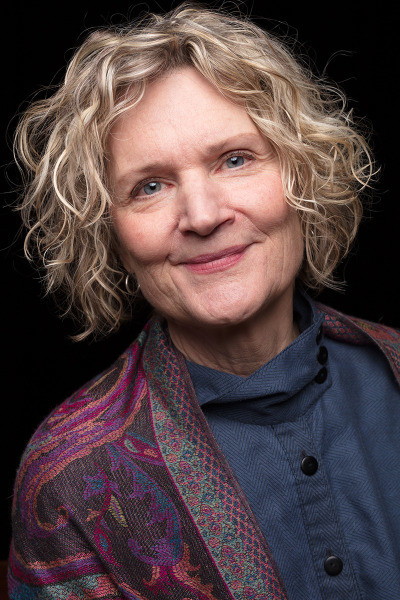 Laurie Klein’s prose has appeared in New Letters, Ars Medica, Tiferet, Tweetspeak, and other journals and anthologies. A past recipient of the Dorothy Churchill Cappon Essay Prize for creative nonfiction, she is also the author of a chapbook, Bodies of Water, Bodies of Flesh, and a poetry collection: Where the Sky Opens. She and her husband love visiting America’s National Parks.