I am fourteen, in a tent, alone with my brother, someone I no longer quite recognize with his acne-covered skin. The night air, wet with summer, clings to our faces and the backs of our knees. We shift from side to side, unable to get comfortable. We spread our arms and legs out so as not to touch our own bodies. We stare at the darkness.

When we were two and three, we changed each other’s diapers. We took baths together until I was six. Now, my brother jerks forward. “This sucks. I can’t sleep,” and in one fluid motion, he strips his shirt from his chest. His torso glows, white like a crystal. He turns to me and says, “I bet you wish you could do that.”

In my high school civics class, the two boys who sit behind me move their table closer and closer. They are jocks—they play football and hockey. I am not. As the teacher, who played football himself, lectures about World War II, the boys inch forward, until their table presses into my chair, which presses into my back, and my stomach presses into my own table, and I am caught, like a sardine, and I just stare at my teacher, wide-eyed.

“What the hell are you doing?” the teacher says.

I cringe, embarrassed, as he moves the boys to the back.

Years later, I am at a salsa club, two mojitos down. I wear a skirt and high heels, and I like the way salsa makes my hips jut with power, the way my skirt whips from side to side. A man comes up and asks to dance, his eyes glazed with alcohol, his breath alcoholic in my face. He is missing a thumb. His hand is on my shoulder, thumbless. He is a good dancer. I spin under his command. When the band stops, he asks if I’d like to dance again. He asks if I’d like to find somewhere quieter. “No,” I say. I find my friend and we leave the club.

Another dance club, later, with another friend: the room pulses with bodies. With music and drugs, hips and thighs. It is close to midnight, and a man comes up to me. “You dance like a white boy,” he says. Again, his eyes are glazed. My own eyes are glazed. What does that mean? I stop dancing. My friend elbows in, “You look like you need to be rescued.” We leave the club. The night air cools around us. We sway to an all-night grocery store, where we load up on junk food, kept hot too long under lamps.

I am in high school. My mom and I stay up Thursday evenings to watch ER. In this episode, the characters discuss when they lost their virginity. Most give dates in their teens. One says even earlier: a preteen, with his cousin. Only a single actor, playing a doctor from Croatia, says he had waited until he got married, in his 20s. The others in the show look at him. Silent, surprised.

“That’s a load of crap,” my father roars from the kitchen. He tells me Hollywood is lying and people wait longer than that.

I wonder, then, who he is protecting. Himself? For perhaps waiting for my mother? Or me, his teenage daughter, nestled on the couch in my fuzzy pajama pants.

In college, I date the man who will become my husband. We kiss on our first date. We inch our hands under each other’s shirts in doorways, on beds, outside in the snow. For a while, we come as close as we can without quite going there. And he is respectful. Oh, so respectful. His breath rapid, “it’s kind of hard to stop here.” And yet I don’t know what to do. I’m at a line I can’t quite cross. In a chair, in my bedroom, after he has left, I write in my journal: Sometimes paint dries in its tube. Caked and hard and pure.

In high school, I volunteer at a homeless shelter. I tutor the children of women who have been battered and left their homes. I work with nuns, who I respect. Nuns who seem to be doing so much more with their lives than my high school classmates, the senior parties dispersed by cops, the couples who break up and pass each other silently for a week in the hallway. I want to be like these nuns, who tell me I’ve clearly heard the call to serve others. Why not do something meaningful? Why not try to make the world a better place?

I attend a summer youth camp. I am taught to dress modestly. To not wear anything that will tempt young men. I take these lesson seriously. I discard the shorts whose inseam is less than two inches. I discard all of my spaghetti strap tank tops. I discard the shirt that dips more than an inch beneath my collarbone.

In college, where I meet my future husband, I participate in a Catholic youth group led by a local priest. One day, he shows us his the video game room in his house, complete with three lounge chairs and a large-screen TV. We string past the doorway, eyeing the empty chairs.

I serve as the sacristan. Before masses, I unlock the small room behind the sanctuary. I pour wafers onto a silver plate and fill two communion cups with wine. I place both items in the middle of the sanctuary, on a small wooden table covered with lace.

Whenever the priest passes me in the aisle, or the back room of the sacristy, he glances at my face, at my chest, and then my face again. He blushes, deep red. I pretend to ignore it. I continue my tasks. I feel bad for him. And I am puzzled. I’m wearing nothing revealing.

I have a daughter. We move from the north to the south, where Baptist churches the size of my high school circle the city. My daughter has developed a mind of her own. She insists on wearing a Christmas dress in May along with striped rainbow pants. She wears a white “sparkly dress” twice a week even after it grays and the sequins fall out. Whenever I suggest another outfit, she throws a fit. She then pulls matching socks apart in order to pair a purple sock with a pink. She is lovely, and independent, and I love her for it.

At daycare, I drop her off in rooms where girls wear ruffled bloomers and pristine dresses. One girl, the same age as my daughter, never arrives without a large bow in her hair.

I pull into the gas station. Dark. October. There’s the faint light from the overhang and the glow of the dispenser’s screen. Autumn in Arkansas is as familiar as pouring coffee, and so I hardly realize the men whistling and catcalling are talking to me. But there is no one else at the gas station, and their windows are open: two men looking at my car, at my body, at my body filling the tank of my car.

I tense, ignoring them. I am eight months pregnant. My belly pulls at the tendons low in my abdomen. If I set my finger to my hip joint, I can feel the tightness of the muscles. I wonder if their catcalls are a joke. I wonder what they are thinking. I wonder if the cashier inside the gas station is watching. I touch my door’s handle and calculate how many seconds it would take for me to fling my pregnant body into the car. I stare at the dispenser, the numbers tabulating gallons and cost. Slowly, too slowly, going up and up.

A car door opens. One of the men walks towards me. He catcalls some more.

Bored men, perhaps. Young men. Men not knowing what there are doing. Or thinking it is only fun. Or thinking nothing. Or sharing some private joke.

The man reaches my car’s hood. The other whistles again from his car. I don’t think about it. It’s not a conscious string of decisions. My gas tank was empty, but now there are four gallons.  I unlatch the lever and decline a receipt.

I do not tell anyone. I do not, when I get home, tell my husband. For a week, I don’t mention it. I forget about the gas station and their comments. I forget until Trump says he can grab a woman’s pussy, and in a cycle that will repeat when Kavanaugh is confirmed despite the testimony of Dr. Ford, the internet erupts, and my husband, not knowing the story, asks why so many Facebook posts have a political spin, and I accuse him of being uncaring, of being unfit to father a daughter, though it takes me another day to mention the gas station, and I realize how little I have told my husband—how little he knows.

It’s my own silence that bothers me most. It was no big deal, I tell myself. It was just a comment. I am embarrassed for being whistled at, for being in a situation that made me uncomfortable enough to stop the dispenser at four gallons. 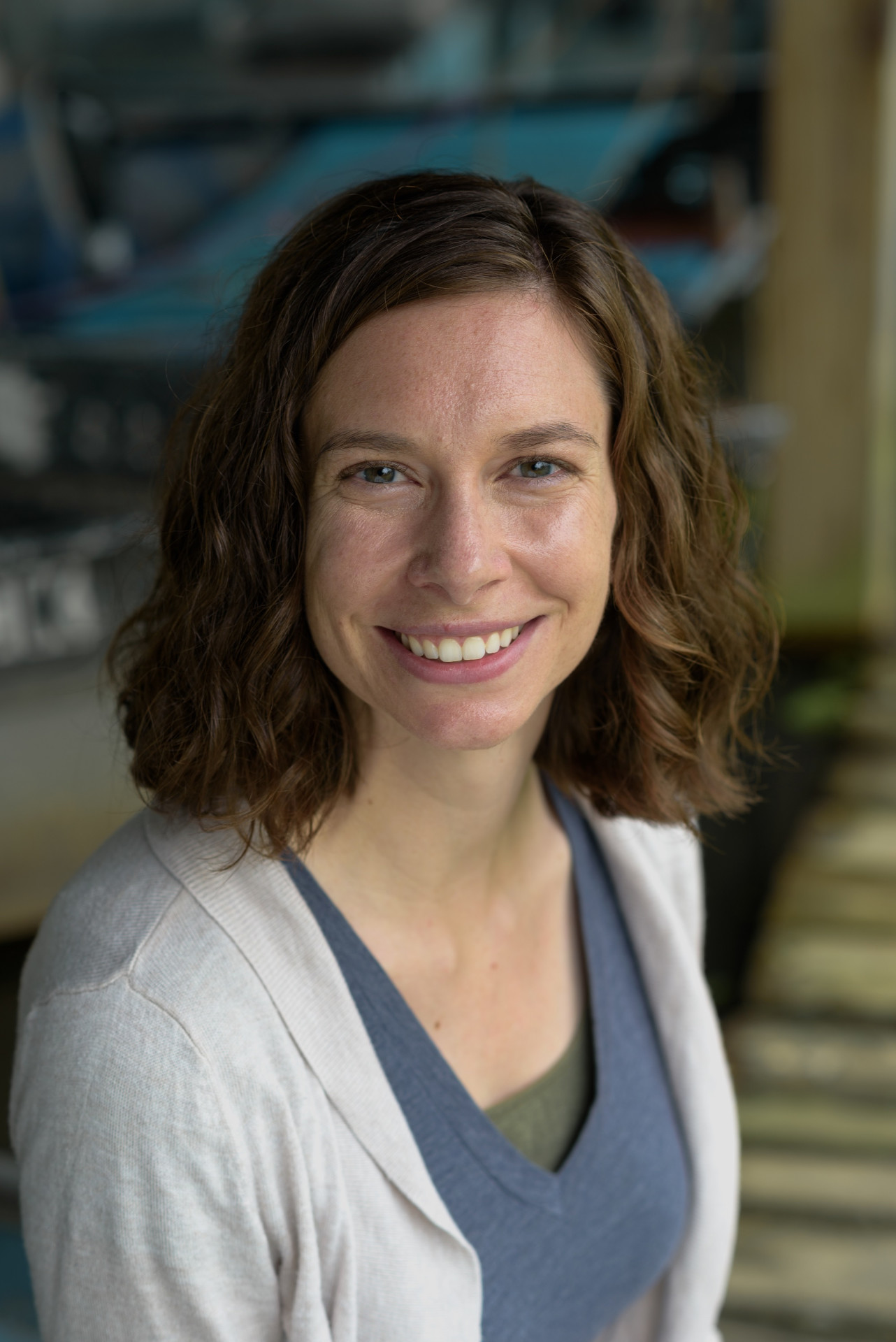 Jennifer Case is the author of Sawbill: A Search for Place (University of New Mexico Press, 2018). Her essays have appeared in journals such as Orion, Fourth River, Sycamore Review, and Zone 3. She teaches at the University of Central Arkansas and serves as the Assistant Nonfiction Editor of Terrain.org. You can find her at www.jenniferlcase.com.