The ashes float in through the closed windows. They linger at the edges of the mouth like metal filings that skit and flicker. The ashes travel from the north. Incineration we hear on the air. The streets are mostly cleared of people. We have been instructed to stay indoors. We click often on the Air Quality Index, which shows Red for Hazardous Air: don’t go out. Some cannot stay indoors, or won’t. By the CVS in North Berkeley, people stride crosswalks with their little dogs, white masks strapped across the humans’ faces. Some very fit people who cannot stand the idea of not being fit, even for today, are running. But up north they scramble for masks, some better than others, the better masks quickly selling out, so even indoors they cough, and an ache presses into the head for days.

In the vineyards, it is said, people are still bent over grapevines, maskless in the dark grey air to harvest the grapes, their bosses neither dismissing them from working in the smoke nor providing masks. So many stories of burning. It begins with the wind. Well, later it will be said that it begins with construction in known fire corridors, the houses creeping, humans creeping up into the hills. In the night the wind began its speaking. Embers would be carried a mile or more from the first fire up on the ridge down into the flatlands. In the dark the people sleeping—a few were awake, thank god, and saw the fire arriving like a moving orange wall, and some of these told others. But most were asleep and some did not hear and some were not told.

The 21-year-old went knocking on doors of people he didn’t know. His own truck would melt, meanwhile; it held no importance, though he’d worked hours and days and months washing dishes and other odd jobs to purchase it. One of the women awakened by his knock said later that her own neighbors, who know her, who should know her, who should have known her, who should have told, they had packed up their own things and departed with not so much as a tap or a warning; it took this stranger, this young man, to rap firmly on her door, seeing her car still there, knowing her there, to call out to her loudly, to break her sleep in the high wind, to save her. This young man, this man, this true neighbor.

We also heard the tales of the women who worked as caregivers for women and men in their seventies and eighties, these women who had children of their own at home but whose job it was to sleep over in the house of the elder. And the fire arising and the choice—where to go—how could they run, who couldn’t walk—and they wanted to take them out of the fire, of course, but these women had no cars in which to transport the elder, for poor, they themselves had been dropped off there with only a purse, to be picked up by that same relative in the morning; and now the smoke and the fire and who would take Eleanor? And Lucia stayed there with Eleanor as the smoke first entered their mouths—the coughing—Lucia took Eleanor’s hand and brought her water, the veins in the old lady’s neck threading purple. The smoke dizzied Lucia as she tried to steady Eleanor, Lucia at her bedside, the side table with the lined-up medicines and Kleenex. The smoke making Lucia’s head spin as she remained focused on Eleanor. Just breathe, Lucia said, reaching for that phrase, so pertinent in the past, suspecting it false now. The smoke that crawled into them. Asleep, we hope, before the burgeoning, building towers of orange leaned and ate the outbuilding and the garage and the foyer and the cat and the walls of the bedroom and then, licking at forearms down to bone. Together bones. That’s what we heard, anyway. We viewed it as generosity, the woman who was free to but could not escape.

And there was the shepherd dog who ran wildly back into the fire to herd the goats out with the nudge of its muzzle, this dog who, panting with purpose and an ecstasy to help its creatures, kept running back in though as the start of the story says, “People tried to get the dog out…” and you can’t click on this story, can’t read the end of it, because you think you know all too well how it ends. And the woman who tells you that her friend called her up to borrow a trailer to get horses and livestock out, and as you compliment her, thank her, keeps repeating, “Yes, but it was sad, we got some out but others, it was sad,” and you can’t ask the details, can’t imagine the heartbreak of their specifics, who was charred and how it felt, the running and the scared and how little sense it made at the brink of being, and so you quietly don’t ask all the mournful particulars of these deaths.

The ashes assemble into a trail down the face, form letters where there are none. Mosaic of shards in a gone foundation. An article appears noting how after the Pinaleño fires in Arizona, most of the Mount Graham red squirrels were lost, their transmitter collars combusted; the 35 left no longer had the cones they’d stored for winter, for those too had caught flame. Nearby, ash-clotted streams where Gila and Apache trout swim. Fire retardant and chemicals from torched plastics running down into their creek. What it is to gill-breathe. And so, with a million and a quarter acres burned in California this year, we wonder about the Russian River’s inhabitants, the already endangered salmon and steelhead trout trying to swim through cindered water, the red-legged frog, how sediment adorns its vermillion back. We don’t yet know their facts, what it is to push inside heat and ash. Their relatives, the yellow-legged frogs, in the San Gabriel Mountains as fire after fire ignites, only dozens now, still hunkering in Big Rock Creek, drought-low.

And then the winds lash the south, and every morning the radio says, The Thomas Fire expanded overnight. And you recall the beloved hills around Ojai, the Matilija wilderness, low pines and boulders in golden wonder, and it hurts to imagine the lizards and the rabbits and the bobcats, and the coyotes who could be heard howling behind the fire line.

And the others, the ones not observed through leaping orange partitions. The formless letters that figure the unfigured. It is to be inferred, it is to be felt. Creatures we guess at, beasts whom we only intuit. Creatures who will not soon return. Foundation not soon if ever to be rebuilt, the blazed place, the gone home. 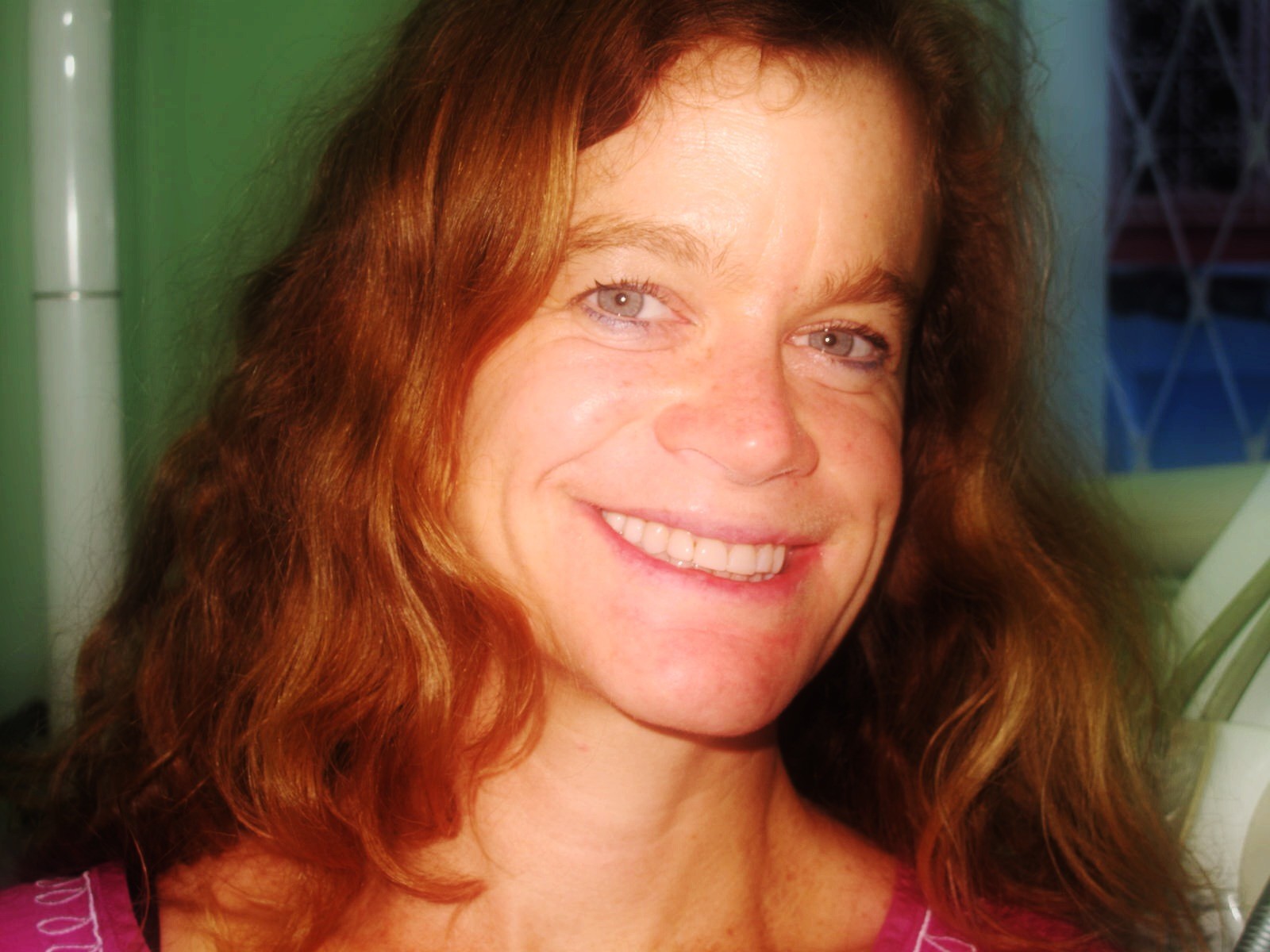 Tiffany Higgins is a writer, translator, and poet. She is the author of the The Apparition at Fort Bragg (2016), an e-chapbook, winner of the Iron Horse Literary Review e-single contest for a long poem, selected by Camille Dungy, available free to read here; And Aeneas Stares into Her Helmet (Carolina Wren Press, 2009), winner of the Carolina Wren Poetry Prize; and a chapbook of translations from Portuguese of Alice Sant’Anna’s poetry, Tail of the Whale (Toad Press, 2016). She’s currently translating poems and stories by Lívia Natália and Itamar Vieira Junior from Bahia, Brazil. She writes environmental reportage and is researching the Munduruku struggle against 43 hydroelectric dams in Brazil’s Tapajós River basin.