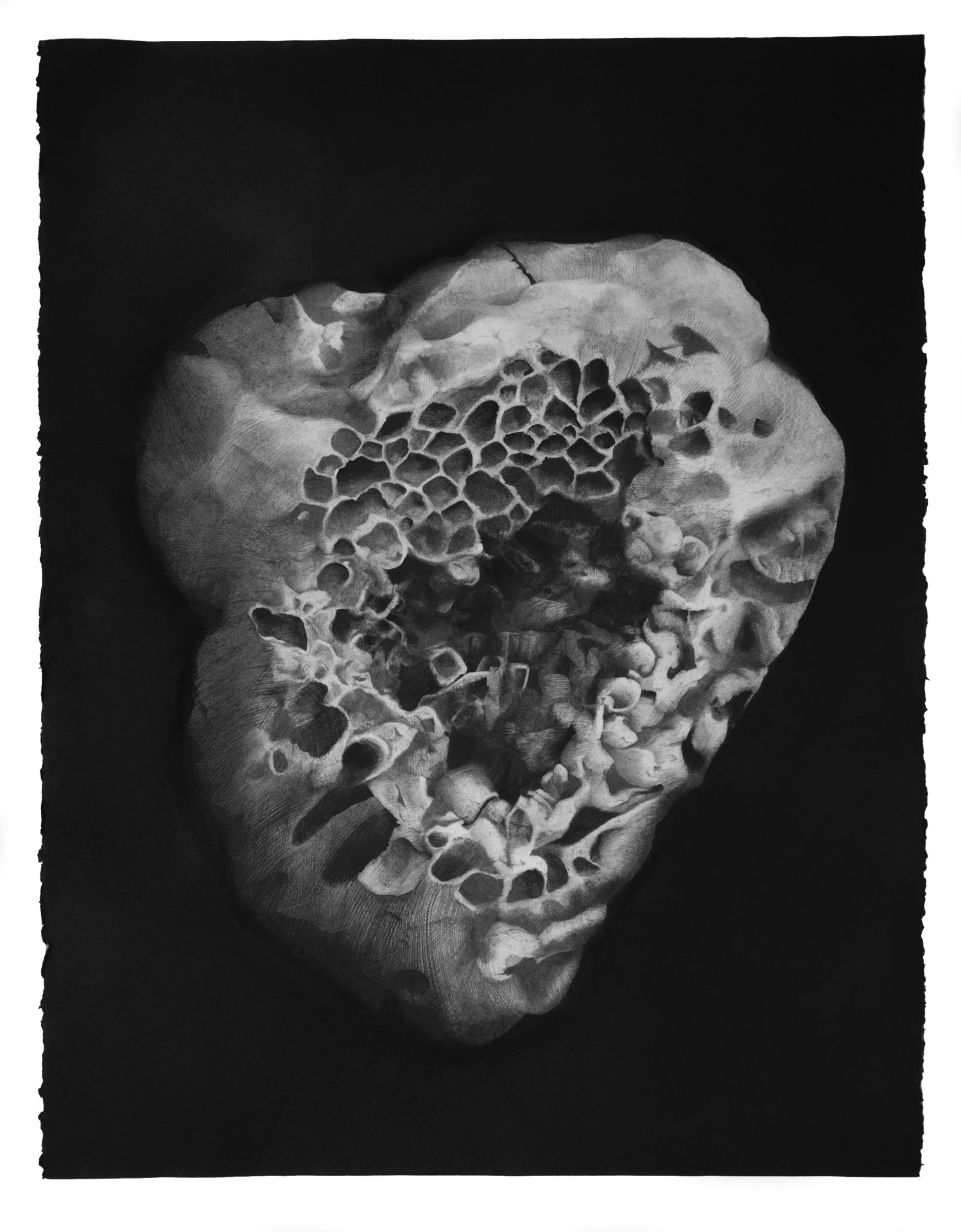 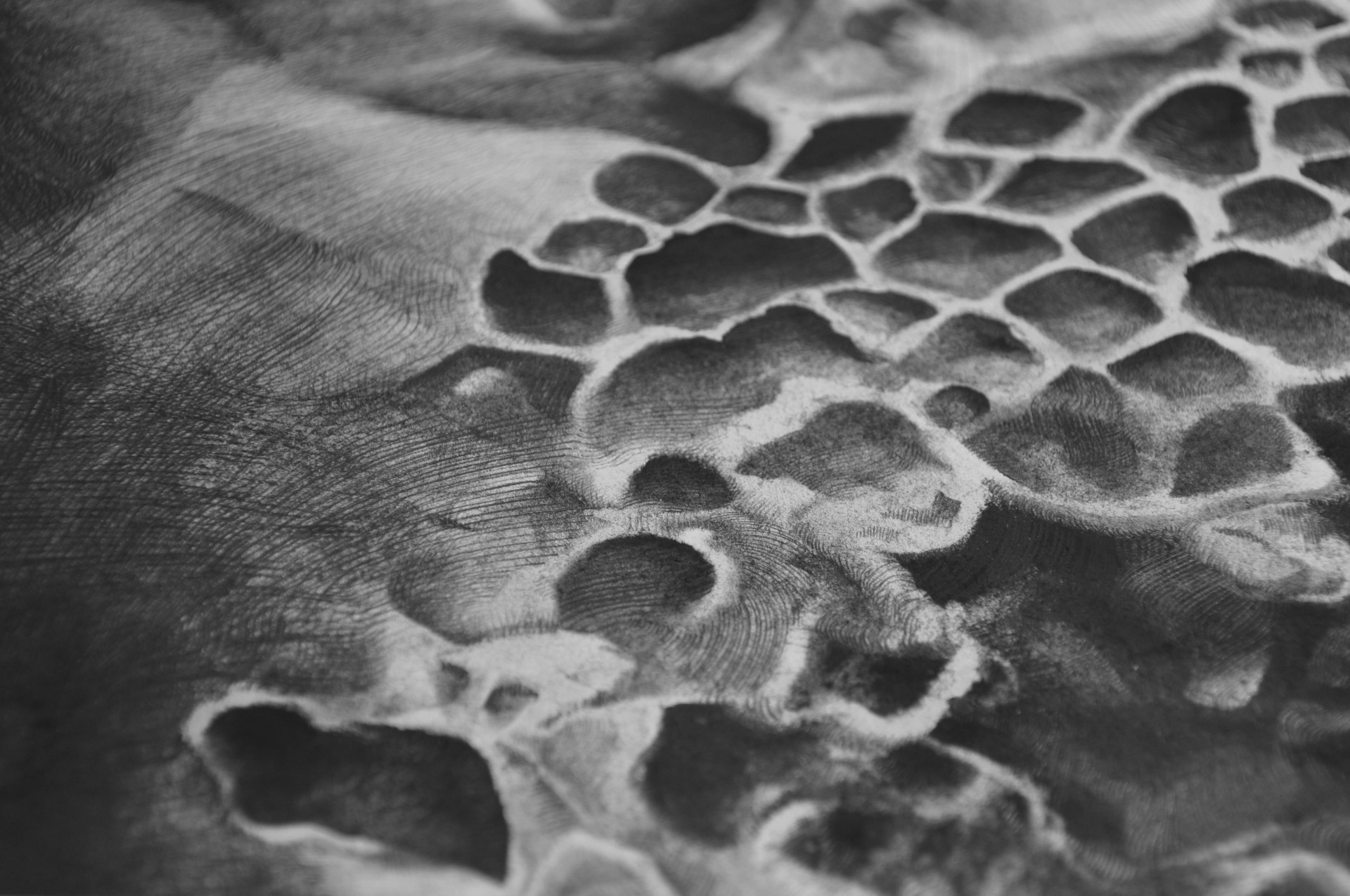 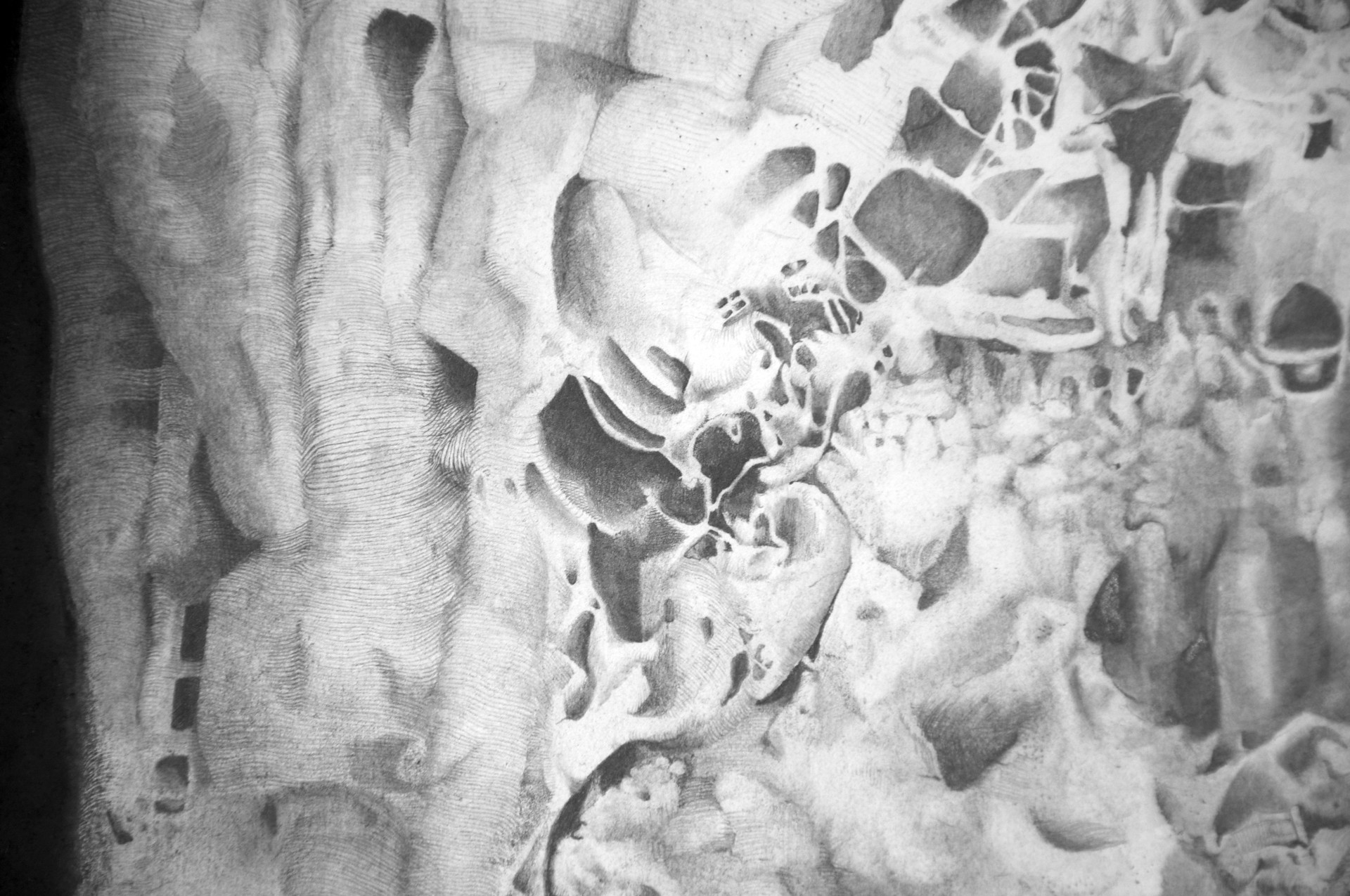 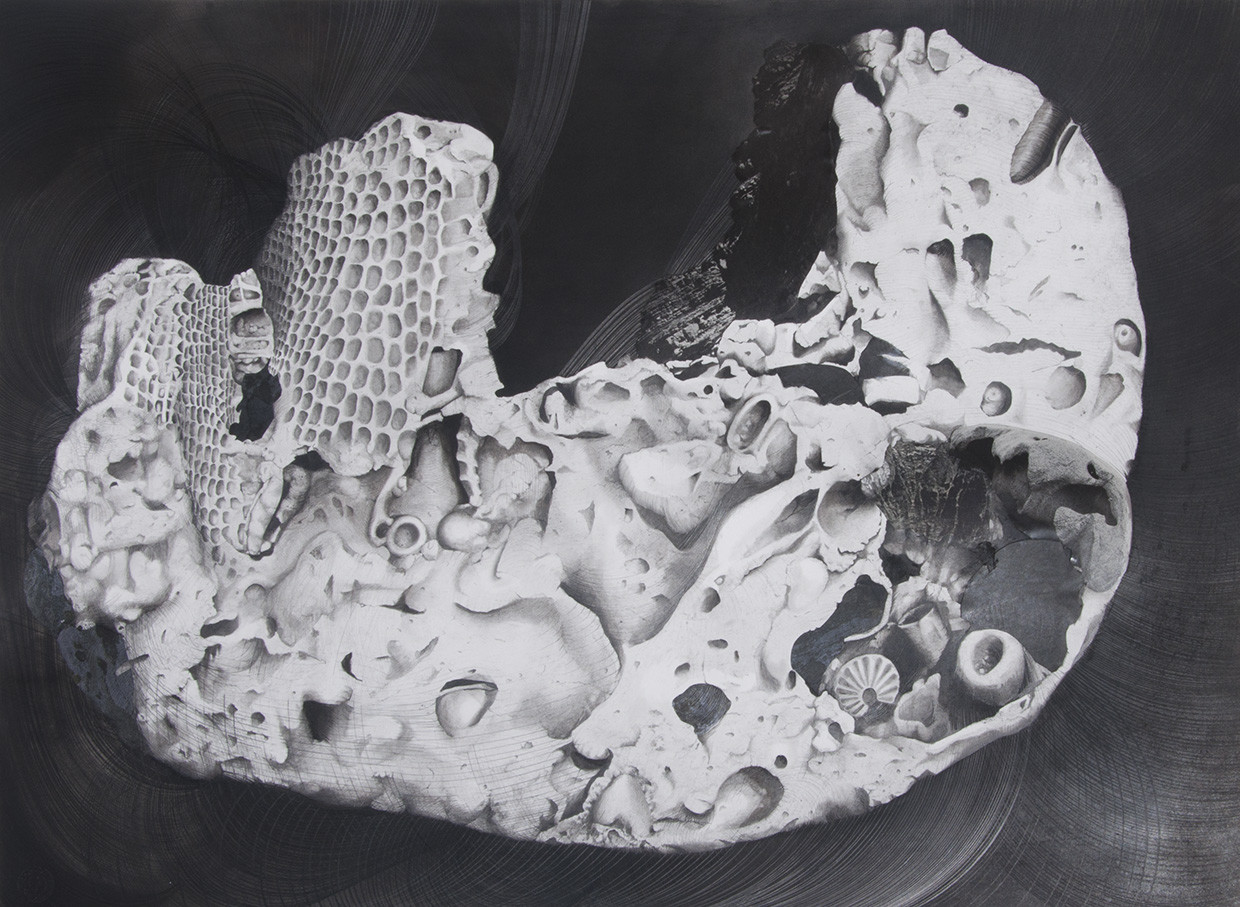 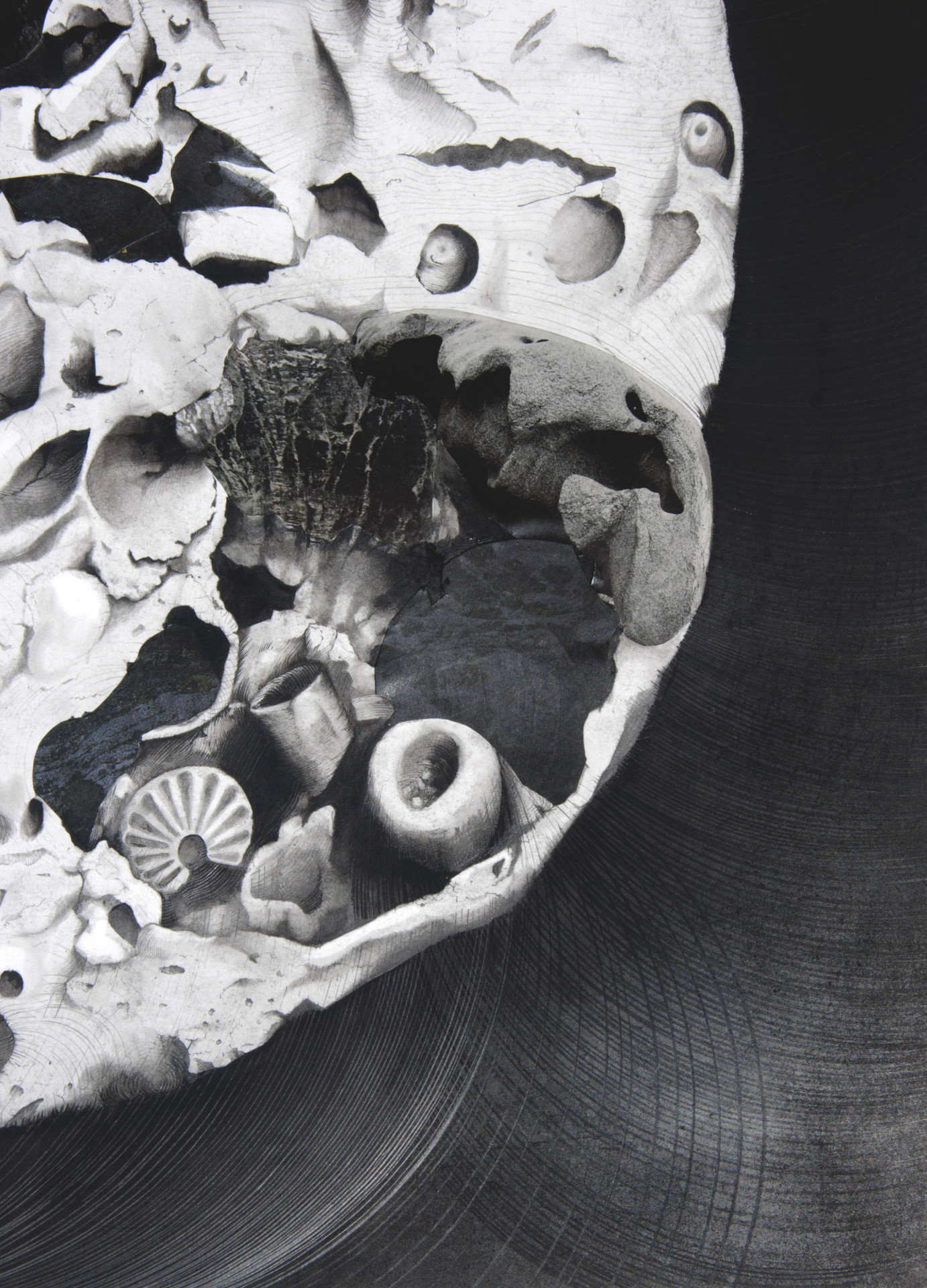 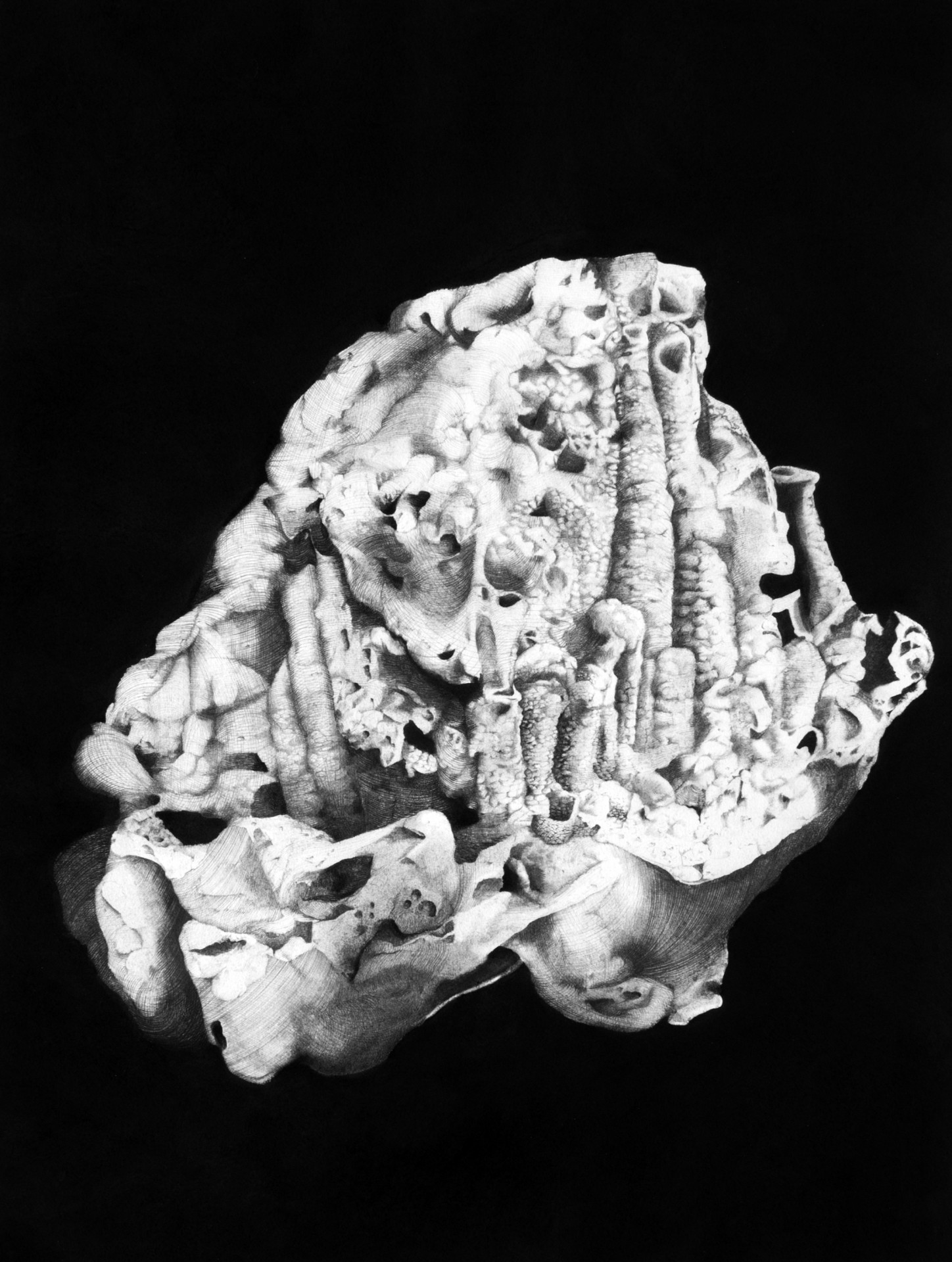 Focusing on fossilized coral and pre-Dinosaur life forms, I make detailed graphite and charcoal portraits of faceless marine specimens. These organisms that often existed for millions of years in system-rich colonies, though outwardly rustic, I approach as revered, even royal subjects. A velvet black background nods at Dutch Realism portraiture or Curios Cabinet. I build the work up into a gridded artifact using drafting pencils and French curves.

Although my processes tend toward the precise introversion of a draftsman or jeweler, I resist being an artist contained in a vacuum; I see the evidence of our species making selfish marks of serious consequence upon the earth. We’re told a new rock made from melted plastic fusing with stone and debris will leave a permanent anthropological mark for future discoverers. My drawings, collages, and writing allow me to process and make sense of the natural world and artifices we’ve constructed as a species. 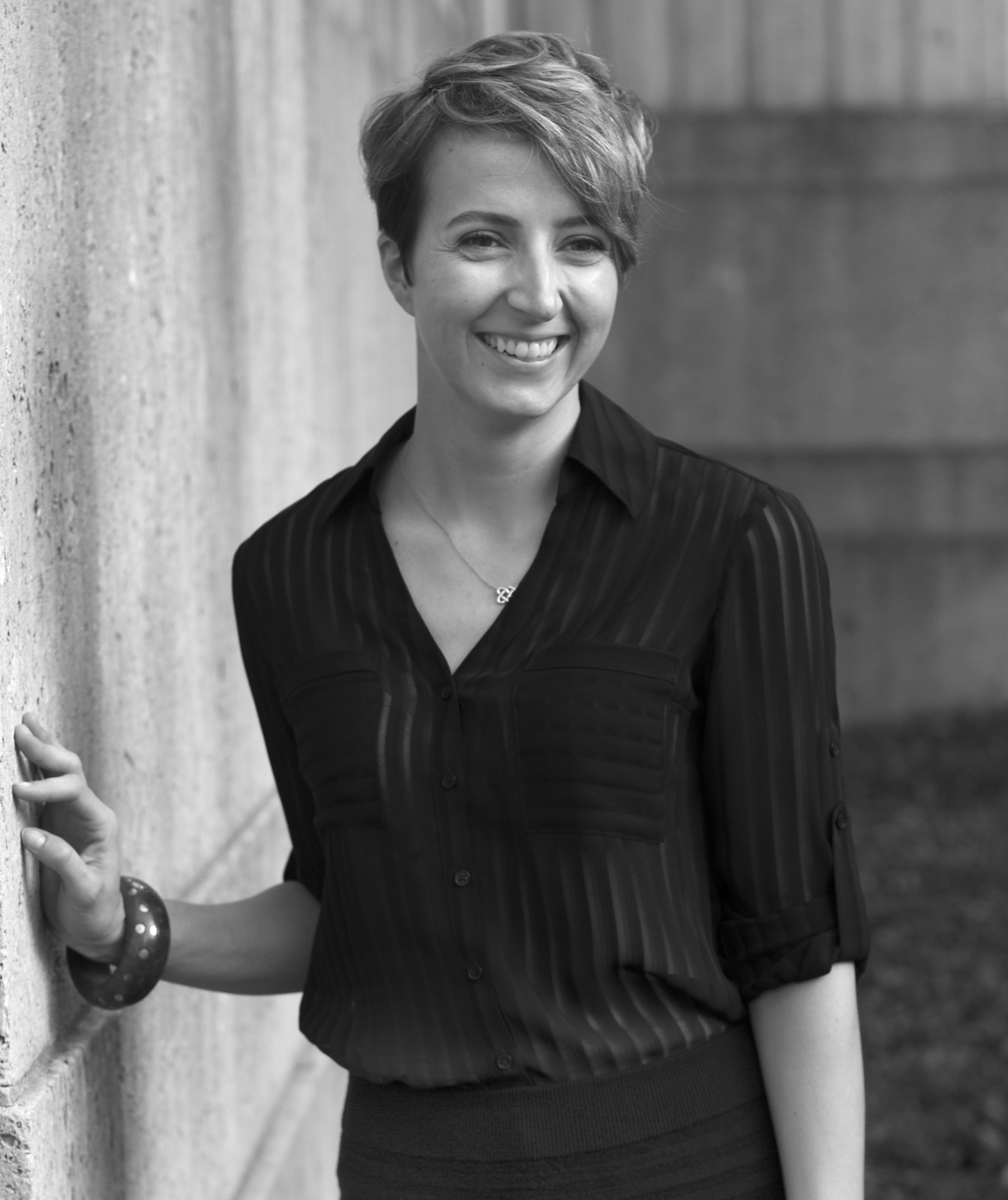 Colleen Maynard has recently exhibited work at the Appleton Museum of Art, Blaffer Art Museum, and The Whitney Museum. Maynard graduated from the Kansas City Art Institute and trained at Illinois Natural History Survey in Botanical Illustration. She draws and writes at www.colleenmaynard.com.