“Hey, is that an armadillo?” I asked as we zoomed past a lifeless carcass along the median at 70 miles per hour. It was indeed. Not a minute later, we spotted another crushed armadillo on the side of the road, and then another. We lost count in the double digits.

We were heading south on I-26 towards Charleston, South Carolina on our way to a field tour at National Audubon Society’s Francis Beidler Forest Preserve. The preserve protects nearly 18,000 acres of Four Holes Swamp in the coastal plain of South Carolina, including the largest remaining stand of virgin cypress-tupelo swamp forest left anywhere. A number of the cypress trees growing there are more than a thousand years old. This preserve is a sanctuary for mammals, birds, turtles, snakes, frogs, crayfish and more. But outside the preserve is a different story.

The nine-banded armadillo is an odd, prehistoric-looking mammal with a leathery shell covered by horn-like protrusions. It looks something like a cross between a turtle and a piglet, and is about the size of a housecat. The name armadillo is Spanish for “little armored-one,” and was given to this creature by early Spanish explorers of the ‘new world.’

The armadillo’s ears and belly are the only parts of its body without armor. The joints between the nine bands of its shell are flexible, which enables it to bend and twist. Armadillos need this flexibility for the extensive digging they do. They excavate deep burrows in which they rest during the day; armadillos are active outside their burrows during the night and twilight hours. They also dig for food: their diet consists largely of insects, but also earthworms, scorpions, spiders and snails. Many people appreciate the fact that armadillos consume large amounts of ‘pests’ like cockroaches, ants, wasps and flies.

These mammals may look like little armored tanks, but they are no match for the Hummers and other tank-like vehicles common on our roads today. Armadillos are one of the most common victims of highway mortality in the state of Florida. They have poor eyesight and hearing, and the armadillo's instinctive response of jumping upwards when startled may be effective at avoiding a lunging predator, but not a car or truck.

In fact, all animals, regardless of their size, are vulnerable to car collisions, from the bugs you scrape off your windshield to the deer whose antlers have impaled unlucky drivers. Roads and vehicles have become a major threat to the animal kingdom.

Who hasn’t hit an animal while driving? Even those of us who try hard not to contribute to road-kill may have flattened animals. When I was younger, I prided myself on always stopping for turtles. Since getting my driver’s license, whenever I saw a turtle trying to cross the road, I’d pull over and help it across. Once I stopped for several turtles who were crossing together. I had passed them and was heading back to move them to safety when a large pickup truck went out of its way to drive over them. The sound of shells cracking was sickening. I was tearful, angry—crushed.

Ten years ago, my Dad had a dangerous encounter with an animal that was crossing the road. He was travelling on an interstate in the coastal plain of North Carolina where flat, straight stretches of road mean speed limits of 70 mph. And that means every car is travelling at least 75 mph. All of a sudden, a large, dark blob darted into the lane in front of my Dad’s car. He slammed right into it. The black bear’s body flew way up into the air and landed hard. My Dad emerged from the car without a scratch thanks to a deployed airbag. A line of stopped cars formed around them. The bear was still alive, but groaning in pain. Someone had called 911, and soon enough a state trooper arrived. Mercifully, the trooper put the bear out of its misery. My Dad reported that the sounds the bear made while they waited for the trooper haunted him for months and even showed up in his dreams.

Our nation’s transportation system includes more than 4 million miles of roads slicing and dicing up our forests, prairies, deserts, wetlands, creeks and rivers. The footprint of our road systems involves hundreds of millions of acres of habitat destruction, but the associated habitat fragmentation is probably the more serious threat, given the hazard that crossing roads poses to wildlife. Why did the chicken cross the road? Perhaps a better question would be, “Did she make it to the other side?”

A global scale threat—climate change—is amplifying the local threat posed by roads. Animals are responding to climate change by migrating. As their suitable habitats shift poleward or to higher elevations, animals that can move to suitable habitats, do. More movement across the landscape means more frequent encounters with obstacles like roads and the vehicles on them. More road crossings mean more road-kill.

As Charles Darwin considered the history of life in his seminal work, On the Origin of Species, he remarked, “Change of climate must have had a powerful influence on migration.” The earliest fossil ancestor of present day armadillos, which are native to Central and South America, lived about 60 million years ago. It was as large as a rhinoceros and ranged as far north as Canada, but several ice ages—i.e. climate change—pushed populations southward.

The nine-banded armadillo was first spotted in the U.S. in Texas and has since marched east and north. It’s now common in Florida and increasingly so in the coastal plain of South Carolina. North Carolina already has records of them in several counties along the southern border. Cold weather is what limits the northern boundary of the armadillo's range. The armadillo’s suitable habitat is marching northward as the climate warms, and the armadillos are following, road-kill and all.

On our trip to the Francis Beidler Forest Preserve, we saw not just armadillo road-kill, but also opossum and ringed water snake road-kill. I regret to report that we added to the tally; my husband swerved but still ran over a black rat snake. The entrance to the preserve included a large welcome sign and a smaller sign that pleads, “Please brake for snakes and turtles.” Can we put the brakes on climate change too? 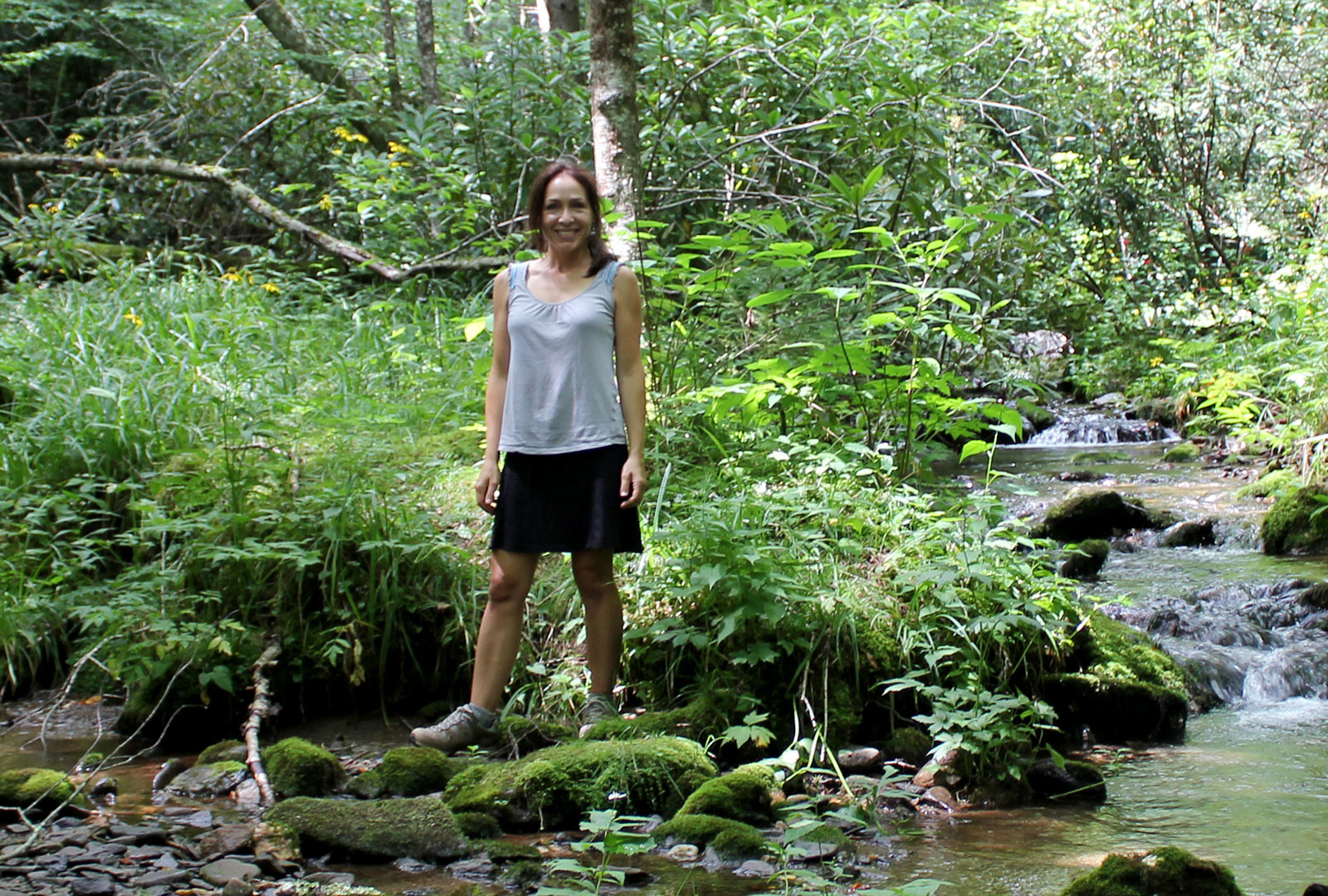 Laura England is a Senior Lecturer in the Department of Sustainable Development at Appalachian State University. She has a research background in freshwater ecology and watershed science, and spent seven years as an outreach professional in the non-profit sector communicating about and advocating for wetlands and watershed protection. An active community volunteer, Laura has served on seven non-profit boards. Outside of work, Laura enjoys belting out bluesy tunes and exploring the beautiful Southern Appalachian Mountains with her husband and two children.