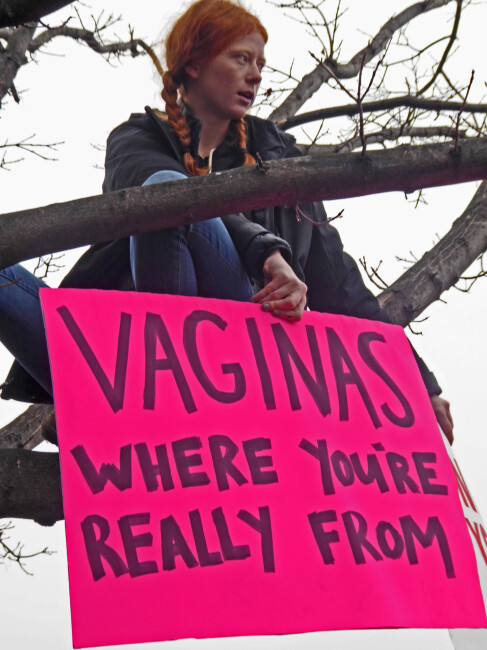 I try to capture moments of transition, even when the transition occurs in stillness.  This image was taken near the National Mall at an event attended mostly by women.  Statements on various issues were carried, worn, or shown simply by how people presented themselves.  This message, held by a woman who had positioned herself safely in a tree, was crystal clear: no matter what assertions are made in attempts to divide us–by gender, sexual orientation, nationality, religion, immigration status–we all really come from the same place.