But who will reveal to our waking ken
The forms that swim and the shapes that creep
Under the waters of sleep?

-Sidney Lanier, "The Marshes of Glynn"

Words hold a mystic, physical appeal for me; I feel them in my mouth, they tickle the ear—rarely, in unexpected places, I taste them. I remember an afternoon when I was two or three. My and John’s cribs were in a long room, end-to-end. I stood at the head of my bed gazing at my sleeping brother. Carefully, I climbed over my rail, down to the floor, up over his, and wrapped myself around him like a blanket; maybe I thought his peaceful slumber would be catching. Snuggled comfortably with my brother the word, “ball” came clearly to mind; I saw in my mind’s eye myself and my brother as a circle just like the pink rubber ball we tossed around in the backyard.

At this moment I made the developmental leap from concrete to abstract, but much more important—realized at a specific moment in time—I tasted a word I formulated and applied it to something otherwise indescribable: My relationship with my brother (who refers to me on as his best friend, “from the time we were preverbal,”).The word, though neither lyrical nor transformative without support of other words to move it from one consciousness to another, is a link through time and space to the collective subconscious, and to the power and mystical bridge language creates.

The circle is widely accepted as the symbol of life in its most complete sense; Luna’s orb not only holds endless fascination for humans but literally effects elemental, regular changes on the verdant planet we live on and moves the fluids within us.

Early, I knew words could save or abandon me. All my most powerful early memories involve them, and the smooth draw of the lyrical appealed from my youngest days. Although poetry, for me, most closely approaches the sublime in written forms, poetry set to music adds a dimension which takes us one step closer to the divine.

The cadences of Southern voices are those which, for me, most closely approximate music. I grew up thinking ‘boiled’ peanuts were ‘bald’, hearing Mother’s voice with its built-in Atlanta belle caress as the fabric of her dress, swish, swish, provided background rhythm; her breath ruffling the black curls over my father’s ear, elegant fingers slow-sliding under the edge of his collar, “Jimmy, pull over, get me some of them bald peanuts?”

He’d palm the wheel, right arm pulling her close, smiling at us over the seat back, “Yor Mama sure loves goober peas.”

I taught middle school special ed classes to children who’d already given in to the hopelessness of chronic failure; their classrooms segregated. Even their buses didn’t match “regular” kids; they were short and didn’t load and unload along the scholarly front of the school. They unceremoniously spat kids out at the back, conveniently close to portables which kept them from affecting their less-challenged peers.

One of my hardest tasks was getting them to recognize they had value. I devoted the first days of the year to getting them to see themselves as individuals, and tried to accomplish two tasks: teaching them each individual has value, and giving them a life-long thirst for knowledge.

As an icebreaker I had each introduce themselves, then the class try to figure out where they were from, from voice. We always ended with me.

I was stunned when one boy said, “It’s confusing. I hear Alabama, Atlanta, north Mississippi, and of course coastal Florida, but I also hear California. You ever lived in California?” I told him he should be a linguist. What an ear.

I’m drawn to the texts of Donna Tartt. There is something in the way she tells her dark stories. She explains it as the classical technique of beginning with a revealing of the ending, but I think that’s too easy. She draws not only on the published works of Southern writers, O’Connor, Williams, Welty, Faulkner; but from their dismal, shared culture. My father’s culture, the one he left as fast as he could but carried like a velvet-lined valise. The voices of Mississippi, desperate, echoing—skipping like stones through our lives, linking us over bloody vistas. It was the way stories were told, morals passed. Vignettes like heads on a platter, delivered by the servants of age to the vagaries and indulgences of youth. Tartt’s pen captures the duality of repugnance and draw my father’s native state, the impossible beauty of the language of people defeated by their own bleak humanity. The fact that my father’s great grandmother was widow of a soldier who fought with Marion the Swamp Fox, got a land grant, travelled to north Mississippi with five children, settled, survived there; isn’t balanced by the fact that she kept a slave—a slave listed as a member of her family on the census. None of this ameliorated when I feel dark leaves close in, see the dilapidated porch where the sun never shines in the woods of Slate Spring, where her granddaughter sewed. Still I’m drawn to the Vance Cemetery where she, and Susie the slave, lie. Where my father sat through funerals in the open-sided, deep-in-dust chapel on the edge of a clearing in that wood. In its rafters are boards hand hewn over a hundred years ago; I steal them and my husband makes picture frames for poems. They are iron-dark, dusty, unpolished; strangely splinterless with grooves like streambeds through hardened clay. The pews in the chapel are hard, hand-polished, pushed helter-skelter against each other, couched in layers of dust. I could write poems on them, but it’s no use. I cannot call to those graves and have their ghosts speak; all I know of them runs only through my own veins. The pulpit stands forlorn, shaky. I have yet to go there alone, it is too much. It is too little.

When I interviewed Tartt her one illuminating response was in reply to an offhand remark, not even a question:

“All my Daddy ever said about Mississippi was it was it was, ‘Pur and ignorant’.”

“Of course,” came the terse reply, “I got the hell out of there as fast as I could. I’m sure he did the same.”

As a child I rarely saw my father reading. He read in the bathroom, the newspaper, read it at the table on Saturday mornings after we children and our friends were fed.

Like most children I took my father’s mind for granted. His knowledge was mine to exploit and enjoy, my ear tuned by his mellifluous voice. I didn’t question from whence that knowledge sprang. I had a boss who said my handicap in working with special needs children was I’m narrow minded about families. I expected all families to be exceptional as the one I came from. I bristled, thought myself the most liberal of liberals. My maternal grandmother, in the thirties, kept a room in her house for mixed race couples to hide in from the virulent ignorance of her hometown, Atlanta. My paternal grandfather in 1934 took his four-year-old son into town by buckboard, made him watch the hanging of a black man in the town square from his own shoulders, told him it was his responsibility to change the world. He died later that year, but my father remembered every word from sharecropper to sharecropper’s son. I grew in a house by the sea, fifth of seven barefoot children of an underpaid public servant whose mission in life was to enlighten mankind, who went to work with an appetite to serve more real than any bodily hunger.

My family was faulty and wounded, but my bent to service organic, deep, undeniable; as others often protect themselves and their progeny with money or property; or are weakened by addiction and fear, my fears regarding my own service or lack it of sustained me more than worldly regard. I was bred to it.

While vocation was engrained, so was my ear tuned to poetry and my formal attention to story. While Mother read everything she could get her hands on, my father spoke his stories. He often sat at the kitchen table with some task, answering questions. I learned, young, what to ask to keep him going. My interviewing skills started at that table. I learned long before grad school to keep my queries to a minimum and let words take shape and direction around me.

While he spoke, my father worked in twilight to the background of cicadas and surf. My memories are linked to vowels thrice removed from highland Scots and to the rise and recession of waves. Poetry formed while my elbow reddened on a bare, scared dining table from the weight of my head in my hand, unconsciously cupping an ear when his blue eyes bent to draft paper beneath a pencil sharpened with a pocket knife. I loved that paper, envied and thought it the earned reward of scholarship, discipline. The precise squares seemed forgiving—clearer than lines which defied my messy, cramped hand. He was allowed, the dictate of his profession of engineer, to print, something I mastered but was taken away by teachers who insisted on script. My father used that only for signature on designs aided by slide rule; the edge of his badge; and figures faster than a calculator. Numbers flew so fast in the margins of his drawings he had to lick the tip of his pencil to keep going. He could calculate the distance from Earth to the Moon, figuring gravity of both on a hurtling object of certain mass—taking into account temperature on the light and the dark sides of that distinctly feminine orb—without missing a beat in his tale or ignoring a shift in my posture which signaled a query.

Likewise, crossing the Georgia/Florida line, all the station wagon windows open on the way to visit Mama Kate, when my father recited the Marshes of Glynn I never questioned either the origin or the mind which held such lyrical tales. Until adulthood I thought the Marshes of Glynn a Scottish poem.

After he died and I began writing about my father, I called his high school, trying to learn more about his education. The school secretary told me my best bet was to visit the public library, although some late fifties fire destroyed many documents. What was my father’s name?

“Well, those yearbooks would be at the library, but I can tell you he was a right smart man.”

“Well, he was a smart man. How did you know that?”

“Here in the office we have pictures of the valedictorians. He was the one for 1948. He looks friendly, too. He sure was a Davis. Well, ma’am, if you get to town please come by and see me. I’ll be happy to help you.” I was learning research might bring more questions than answers.

Dad credited his English teacher with his reaching escape velocity from the Mississippi. She drove him to Oxford to meet her childhood neighbor, William Faulkner, sparking a burning for the wider world, and honed my father’s mind with the prosody of poets. 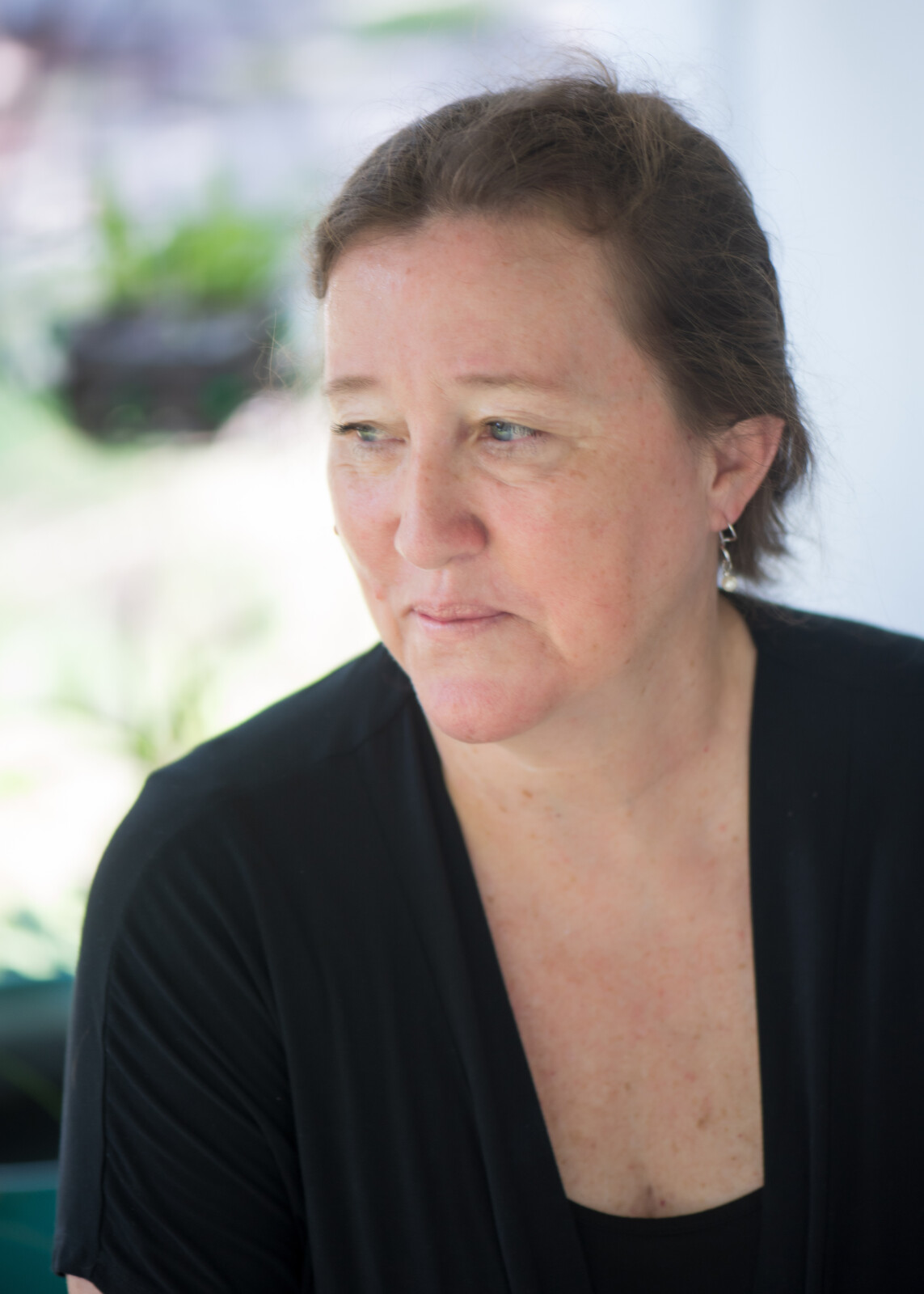 Kate Cumiskey is a writer, painter, and social justice advocate living with her partner Mikel in coastal Central Florida, where they raised four sons together. She holds an MFA in Creative Writing from the University of North Carolina, Wilmington, and is the author of five books, including a social justice novel forthcoming this year from Finishing Line Press entitled Ana. This essay is a chapter from her as yet unpublished autobiography, Ded Reckoning: Navigating with my Father's Compass, about growing up with one of the lead designers for NASA; her father, Jim Davis.