As the plane descended into the smog of Chennai
I awoke to fields of sugar cane stretched
to the horizon, villages pushing back forests.

The turbulence of one billion souls-
ragas and rickshaws pretending a certain logic,
weaving with Bollywood choreography.

Until then there was no place hotter than Atlanta in July,
Reborn a century after its fiery demise
as strip malls, Baptist churches, glass skyscrapers

Unable to escape the maze of mother’s sari,
I was split between two plots of earth—
knees stained with Georgia clay,

torn between southern drawl
and contortions of my mother
tongue, uncertain which god I should fear.

Would I be Vishnu, dwarf transformed
to reclaim the earth in three giant steps or
recede into the cracks of my fractured world? 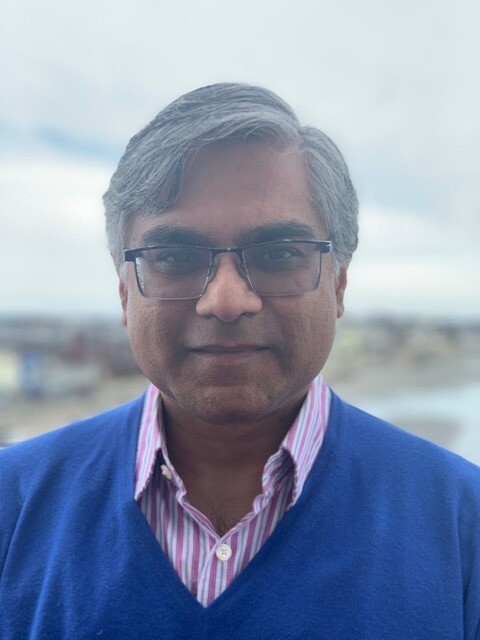 Sarath Reddy is a physician whose poetry has been shaped by his experiences as a father, physician, and Indian-American. Sarath's poetry has been published in the Journal of the American Medical Association, Off the Coast, and Please See Me.  His work is forthcoming in Hunger Mountain, Poetry East, Another Chicago Magazine, and Paterson Review. He lives in Brookline, Massachusetts with his wife and three children.